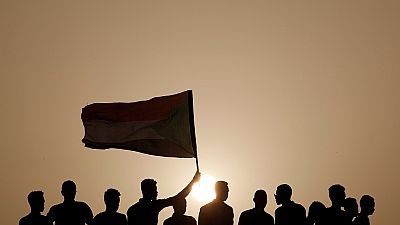 The Sudanese Professionals Association (SPA) have emerged as the leaders of the protest movement that ultimately led to the toppling of president Omar al-Bashir, in addition to forcing his successor, General Awad Ibn Ouf, to step down.

The protesters have not relented, and are demanding that the military council which announced that it would manage a two-year transition, hands over to a civilian government immediately.

In this article, we highlight the protest leaders and the demands they have so far made.

The group that initially launched the protests against Bashir’s three-decade rule is the Sudanese Professionals Association (SPA) made up of unions of engineers, doctors and teachers.

The anti-Bashir campaign swiftly spread across the country through cities, towns and villages, with members of all sections of the Sudanese society joining it.

The main leaders of SPA are Mohamed Yousef Ahmed Mustafa, a professor at Khartoum University, and Mohamed Naji, a doctor who had been detained soon after the protests erupted.

Teacher Ahmed al-Rabia is also a key member of SPA and so is Omar Salah, a doctor.

Alliance for Freedom and Change

Weeks into the campaign, several political parties and civil society groups joined the SPA to form an umbrella group called the Alliance for Freedom and Change.

This umbrella group includes Sudan’s main opposition party, the National Umma Party, and include other parties such as the Sudanese Congress Party and the Sudanese Communist Party.

Rebel groups from Darfur, South Kordofan and Blue Nile, who for years have fought government forces in the three regions are also part of the umbrella group.

What are they demanding?

The protest leaders have announced plans to unveil on Sunday a civilian body to take over from the ruling military council that took power after Bashir was ousted on April 11.

In addition to dissolving the military council, they have other demands:

What the military rulers have done so far?

The question of a civilian government

The protest leaders on Friday announced plans to unveil a civilian body to take over from the ruling military council as huge crowds demonstrated outside army headquarters.

The SPA said in a statement that it would name members of the council at a news conference at 1700 GMT on Sunday outside the army complex, to which foreign diplomats are also invited.

“We are demanding that this civilian council, which will have representatives of the army, replace the military council,” Ahmed al-Rabia, a leader of the umbrella group of unions for doctors, engineers and teachers, told AFP.

Friday marked four months to the day when first protest was triggered in response to a government decision to triple the price of bread.