The wave of shock following a mass shooting in New Zealand has been felt the world over. While condemning the attack, world leaders have expressed their solidarity with the victims.

U.S President Donald Trump conveyed his ‘‘warmest sympathy and best wishes to the people of New Zealand after the horrible massacre in the mosques. 49 innocent people died senselessly’‘, he said via Twitter.

The Queen of England also said she was ‘‘deeply saddened by the appalling events in Christchurch. Prince Philip and I extend our condolences to the families and friends of those who have lost their lives,” the British Royal Family’s Twitter handle read.

With this attack, the rise of Islamophobia, long observed and even encouraged by the world, crossed the line of personal assaults and reached the level of massacre.

Imran Khan, the Prime Minister of Pakistan, has also expressed his shock and condemned the attack. ‘‘This reaffirms what we have always maintained that terrorism does not have a religion. Prayers go to the victims and their families”, he said.

The Turkish President, Recep Tayyip Erdoğan, for his part, blamed the increase in hate speech around the world for the attack.

“I vehemently condemn the attack on New Zealand Muslims gathered for Friday prayer. With this attack, the rise of Islamophobia, long observed and even encouraged by the world, crossed the line of personal assaults and reached the level of massacre”, he said.

The attack by a 28 year old Australian killed 49 Muslim worshipers at Christchurch and wounded dozens more.

A man in his late 20’s is in custody and charged with murder. 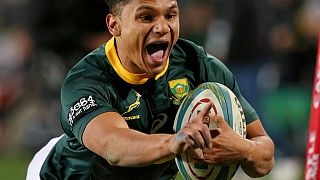