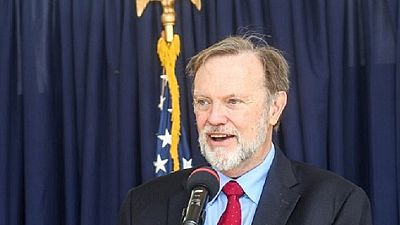 The United States Department of State announced on Thursday that the Assistant Secretary for African Affairs, Tibor Nagy, was due to visit four African countries this month.

The diplomat will be in Central, East and southern Africa, the press statement noted. Cameroon, the Democratic Republic of Congo, DRC; Uganda and Rwanda will be his destinations.

“He will promote stronger business ties between the United States and Africa, engage Africa’s vibrant youth, strengthen partnerships that aim for greater peace and security, and reinforce the United States’ commitment to the people and nations of Africa,” the statement noted.

But before arriving in Africa, he will be in Belgium and France where he is expected to discuss the U.S. shared objectives for Africa’s security, prosperity, and self-reliance with key partners and media in Europe.