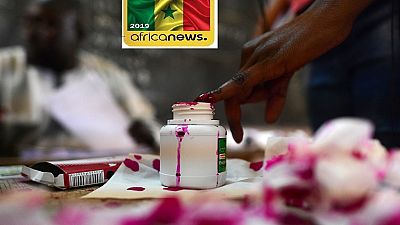 Hardly twelve hours after polls closed on Sunday, Senegal’s ruling party and the opposition have started declaring unofficial results indicating a first round victory, and a stalemate leading to an election run-off respectively.

Over 6 million Senegalese are registered to vote in Sunday’s presidential election pitting incumbent president Macky Sall against four other aspirants.

Polling stations opened at 8 a.m. (0800 GMT) and close at 6 p.m, while official results are due out on Friday, with a run-off for the top two on March 24 if no one secures a majority.

As part of the special election coverage, we will keep you posted with all the latest developments on election day in Senegal.

Scroll down to read about the following:

Senegal’s electoral body cautioned politicians against declaring presidential results, following counter claims of satisfactory performance at the polls by the ruling party and the opposition.

The commission “calls on candidates and their supporters, as well as civil society actors and the population, to refrain from any premature statements on the results”, it said in a statement.

The president of the National Voting Registration Commission (CNRV) responsible for proclaiming provisional official results at the national level, Demba Kandji, indicated that it would be able to do so “Thursday or Friday at the latest”.

The final results are the responsibility of the Constitutional Council, which is responsible for examining any appeals.

Participation in the elections, which took place without major incidents according to the various election observation missions, was 68% after counting two thirds of the ballots, according to a source close to the Ministry of the Interior.

Earlier statements from main opposition candidates Ousmane Sonko, a former tax inspector popular with youth, and Idrissa Seck, a third-time contender and former prime minister indicated that a second round of voting was on the cards.

“The results compiled so far allow us to say this,” Seck said at a press conference with Sonko.

“We will not allow the outgoing president to suppress the will of the people.”

Official results are due by Friday (March 1) at the latest with a run-off for the top two on March 24 if no one secures a majority.

The opposition also warned against illegal declaration of results, calling on religious and traditional authorities to reason with Sall.

“We have abstained from proclaiming any results whatsoever and we have noticed that some press organisation, including foreign press, have given themselves the right to give first round results – that is totally unacceptable.”

While incumbent president Macky Sall’s camp has claimed an assured victory in the first round, the opposition say their own figures indicate a possible run-off.

“We must congratulate the president for his re-election in the first round,” Dionne told journalists.

Polls closed at 6pm local time as scheduled, after what was relatively an incident-free voting day.

Vote counting is now underway at the polling units across the country.

Official results are due out on Friday with a run-off for the top two on March 24 if no one secures a majority.

The European Union observer mission head, Helena Valentiana told journalists there was ‘not enough control of inked fingers’ in the first hours of voting.

According to BBC Afrique, Valentiana said it was too early to assess the conduct of the election across the country, she expressed concern that the lapse in control of inked fingers could lead to cases of multiple voting.

Former prime minister Idrissa Seck also reiterated calls for peace after casting his vote in his stronghold of Thies.

“My prayers and wishes are that the elections take place peacefully, serenely and calmly and that the profound desire for change expressed by the people throughout this electoral campaign may not encounter any obstacle.”

The leader of the Rewmi (‘The Country’) party is representing the Idy Coalition 2019 in this year’s ballot. 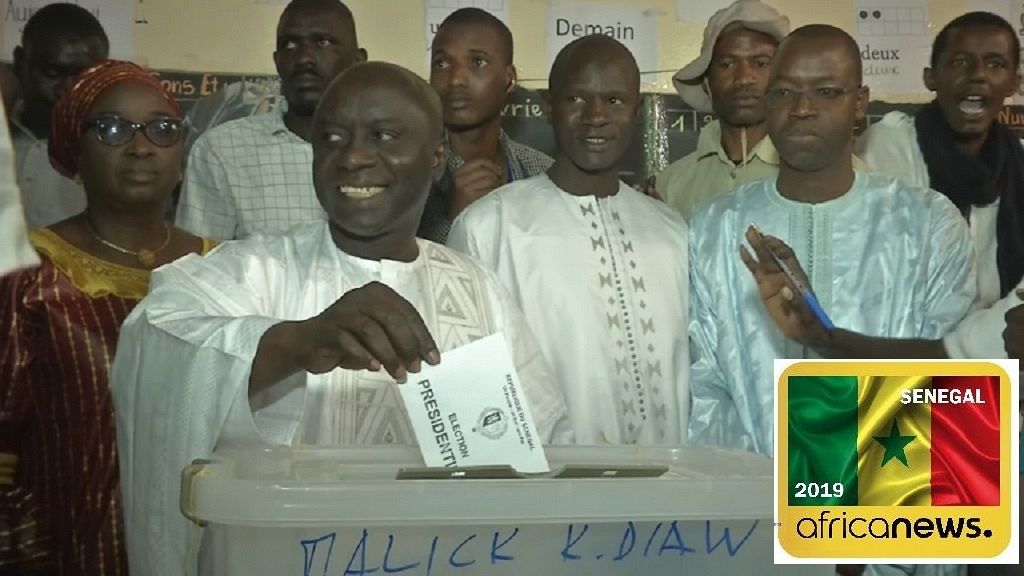 44-year-old Ousmane Sonko cast his vote in his stronghold city of Ziguinchor, urging his supporters to uphold peace throughout the electoral process.

Ziguinchor is the largest city in the southern Casamance region, which is rich in agricultural and mining resources.

“Our most precious raw material is peace,” said Sonko after casting his vote.

Speaking after he cast his vote, the president called upon Senegalese to undertake their civic duty of voting peacefully.

‘’ I urge you to do your civic duty in peace and serenity to decide what we will do with the next five years,’‘ president Sall said in a tweet posted on his official account.

At least one person was killed this month in clashes between Sall’s backers and his opponents in the southeastern city of Tambacounda, but campaigning has been largely peaceful.

President Macky Sall cast his vote on Sunday morning, at a polling station in his hometown of Fatick. 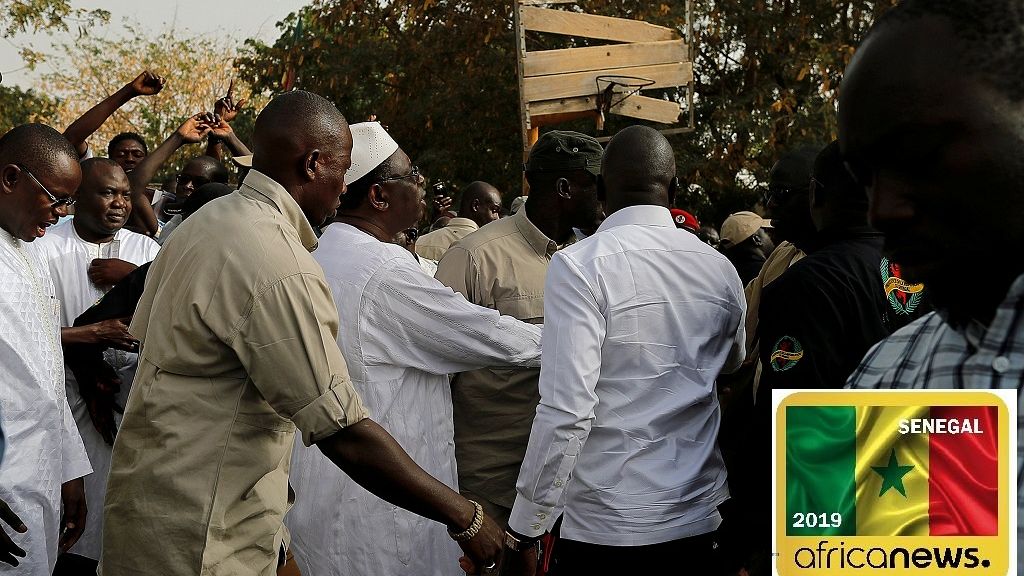 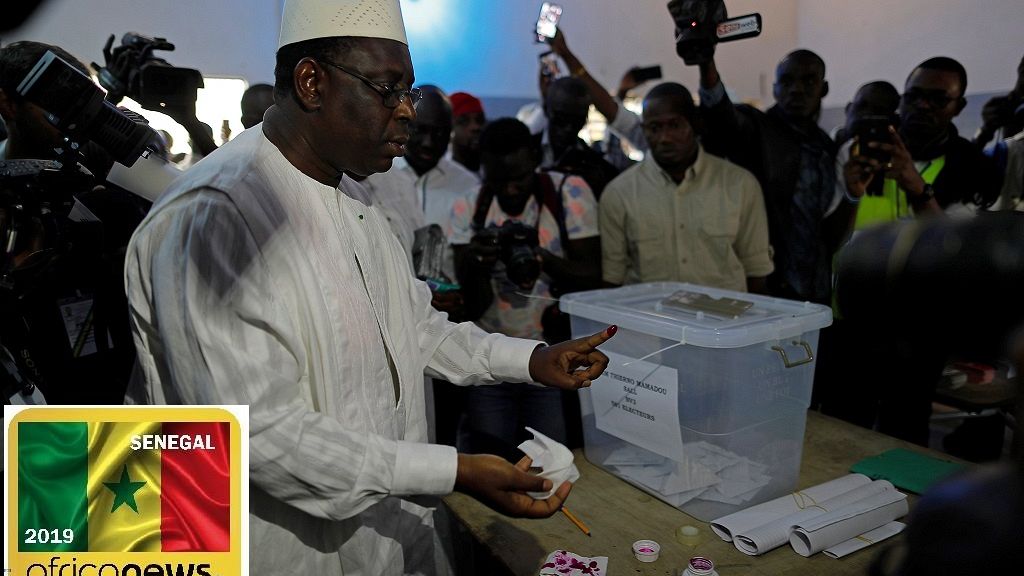 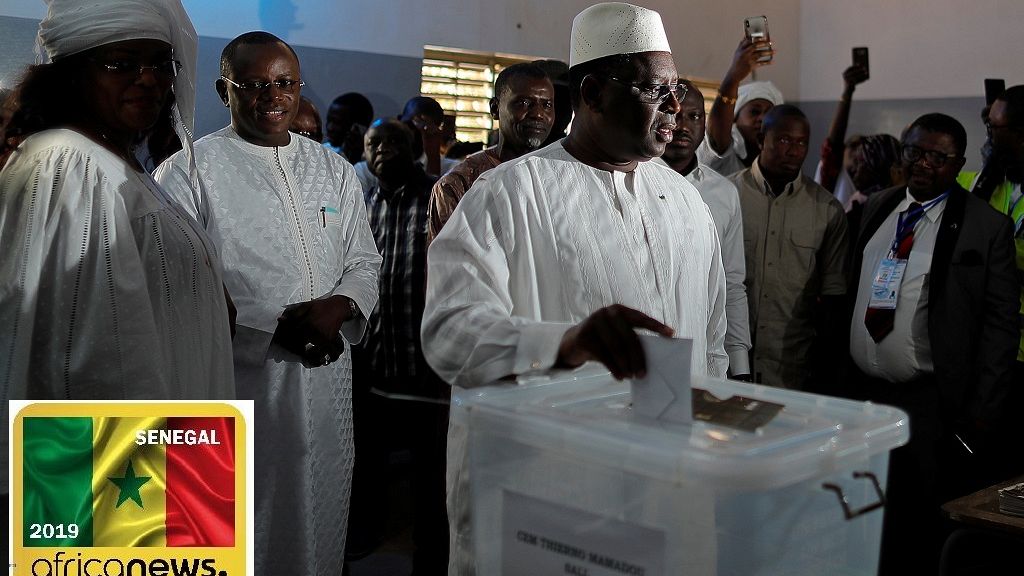 What is at stake? 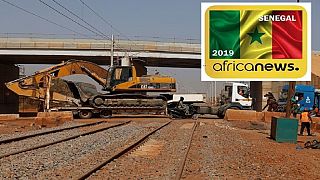 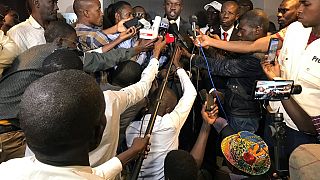 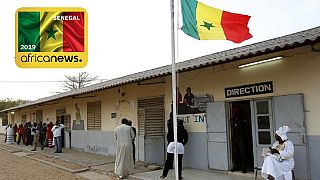