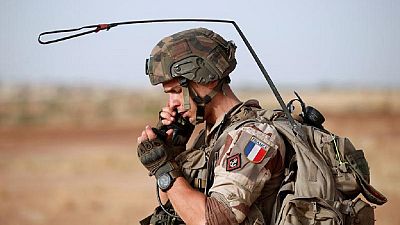 French troops fighting Islamist militants in Mali have killed a one of the Sahel region’s leading jihadists, France’s defence minister said on Friday.

“The removal of a prominent leader helps to dismantle the networks and disrupt terrorist activities in the region,” Defence Minister Florence Parly said in a statement.

Soldiers belonging to France’s Barkhane force, deployed in the Sahel, identified Hamman as he travelled in a convoy north of Timbuktu on Feb. 21, Parly said.

Violence by Islamist militants has proliferated in the sparsely-populated Sahel in recent years, with groups linked to al Qaeda and Islamic State using central and northern Mali as a launchpad for attacks across the largely desert region.

French forces intervened in Mali, a former French colony, with the support of the Bamako government in 2013 to isolate a Tuareg uprising that broke out a year earlier. Some 4,500 French troops remain based in the wider Sahel, most of them in Mali.

The U.N. Security Council then deployed peacekeepers, which have been targets of a concerted guerrilla campaign.