Winter at Tantora: music festival brings Yanni and other stars to Saudi Arabia

The Winter at Tantora Festival is bringing international music stars to perform at Al-Ula, Saudi Arabia. 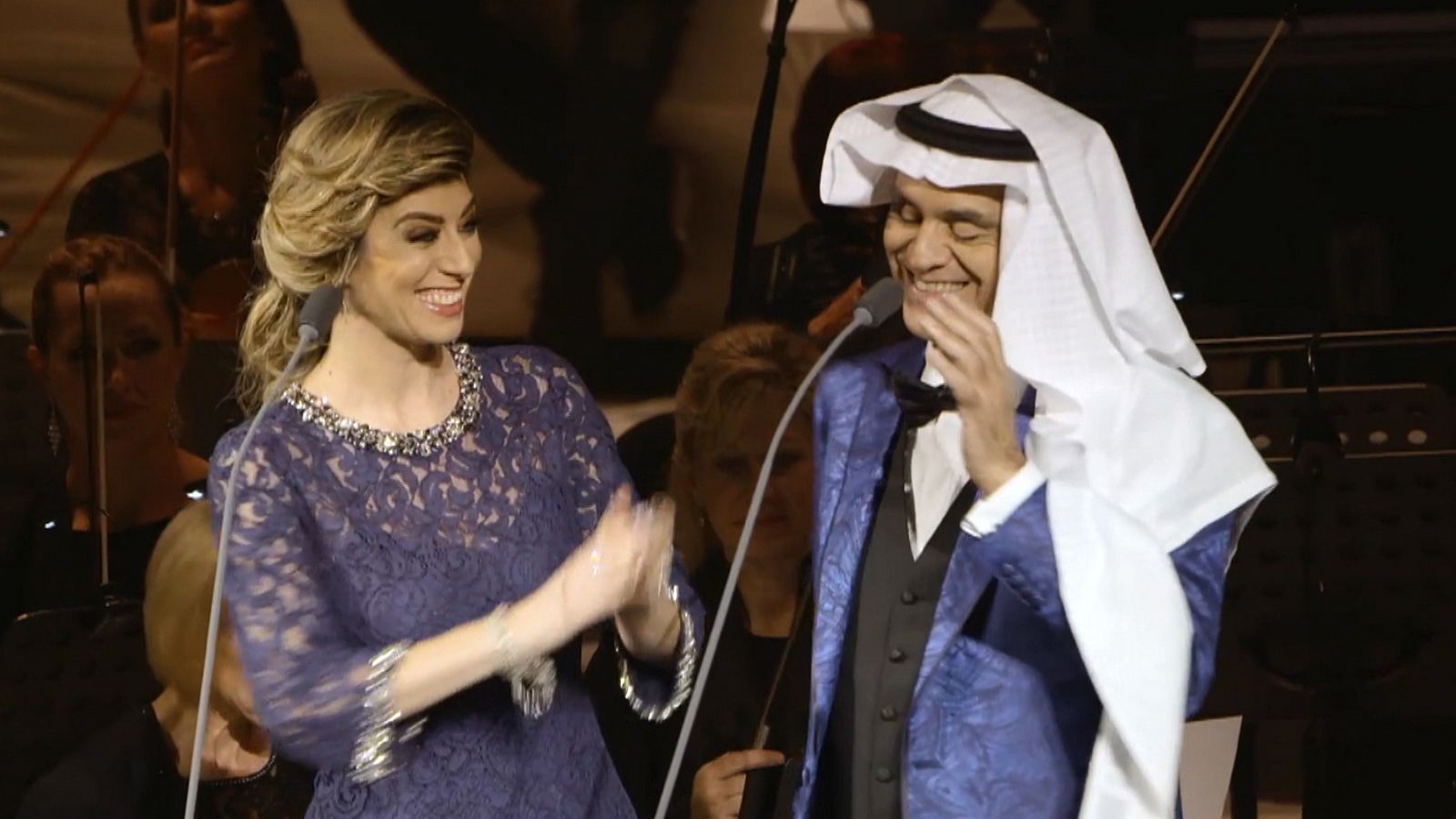 The festival also hosted the first virtual concert in the Kingdom with a hologram performance of Egyptian icon Umm Kulthum, accompanied by a live orchestra. 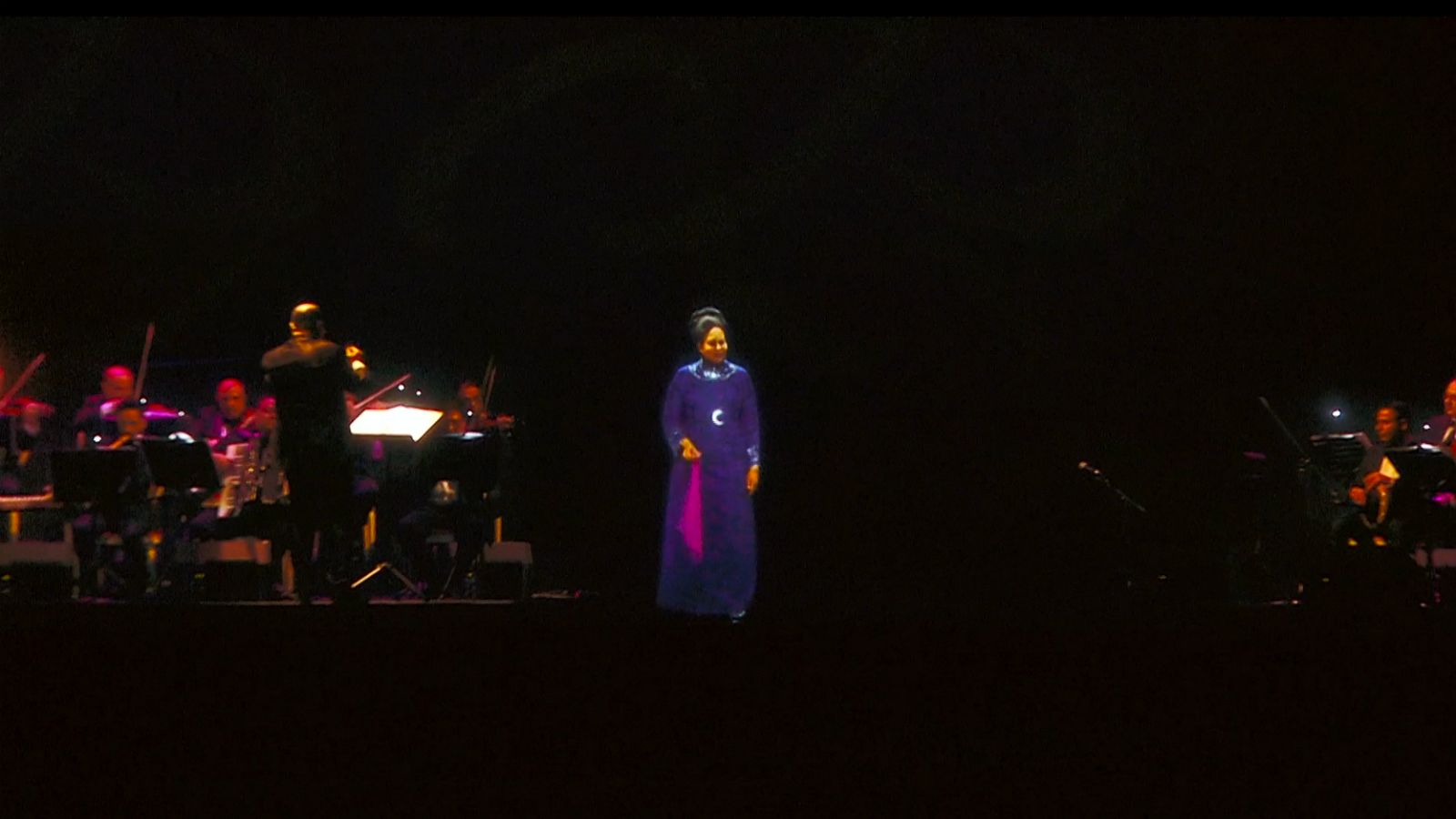 The event is expected to attract 30,000 spectators from over 40 different countries, showing how far Saudi Arabia has come after liberalising its music and arts scene. 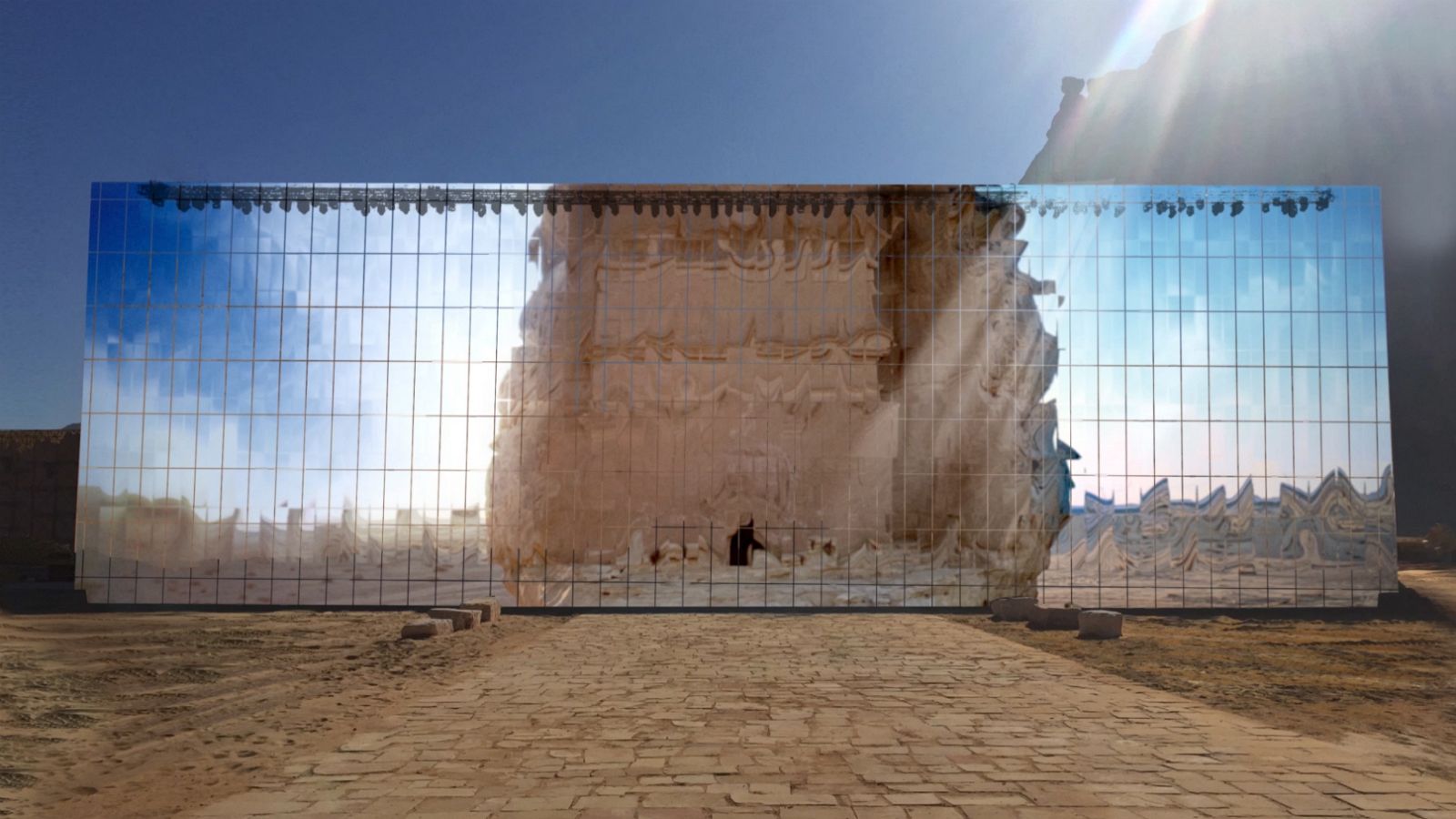 A projection of the Al Maraya venue in Al-Ula

Yanni, who is known for performing at some of the world’s most historic sites, including the Acropolis, the Taj Mahal, the Forbidden City and the Royal Albert Hall, explained what it feels like to perform in such a setting. 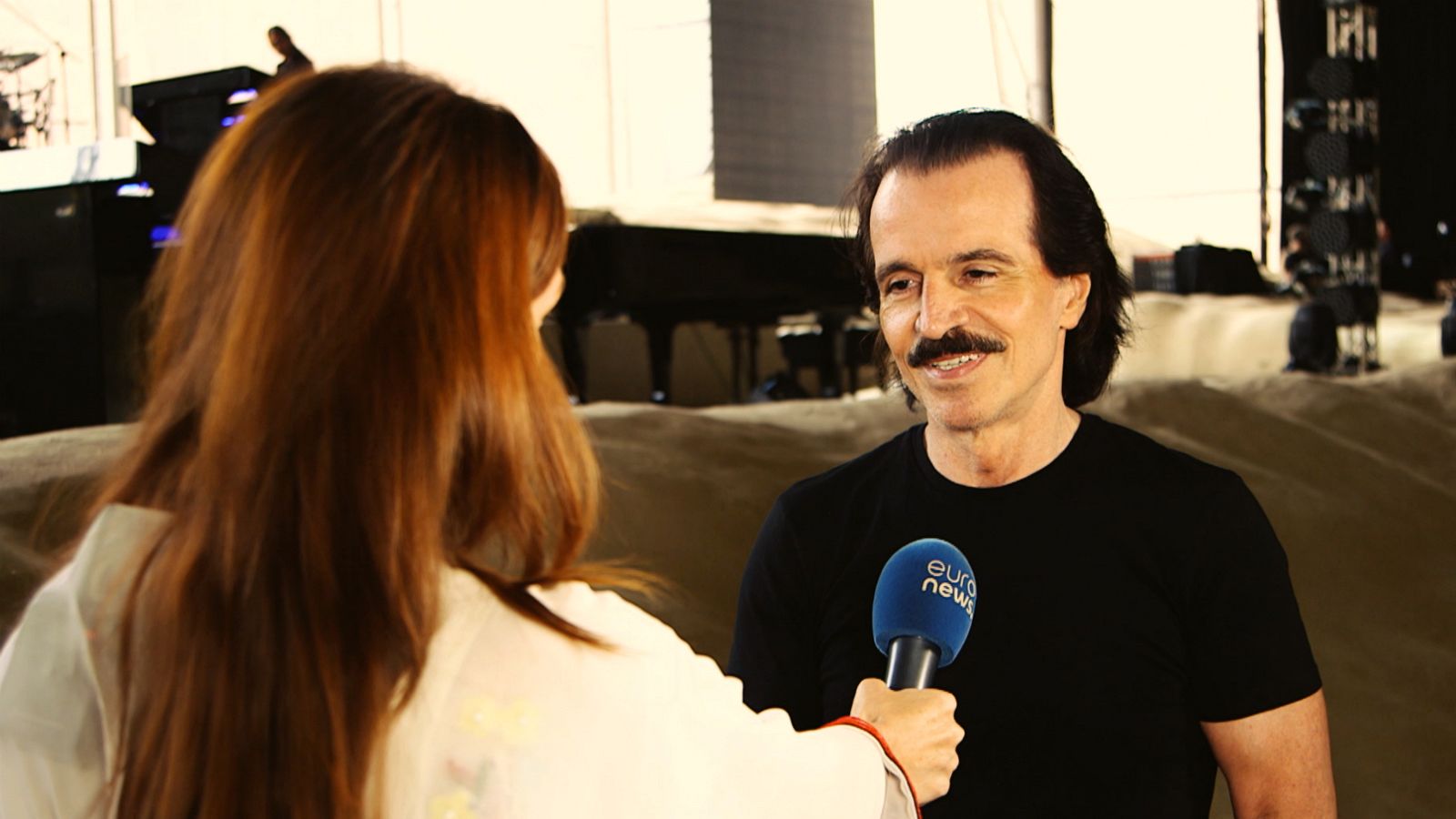 “When the audience sits in front and they’re looking at this magnificence behind us, it’s irreplaceable,” he tells Euronews, between rehearsals at Al-Ula. “The audience sits before we even walk on stage and they are already in a state of mind, the emotion is already there, all I have to do is amplify what they are already feeling by using the music and my words.”

The inspiring setting also got Yanni talking about his creative process and the free-spirited way he conducts his performances.

“The creative moment is a place to go where you’re in complete surrender,” he said, “You can’t grab at creativity, it’s much like trying to grasp for a butterfly: if you grab it, you’re going to destroy it, but if you put your hand out it has to come to you.”

With his 35-year career, Yanni does not use any sheet music when performing, playing all his songs from memory.

“Music is meant to be for your ears, for the auditory system,” he said, “To try and write it down on a piece of paper, it’s not exactly, you know… music lives in my mind.” 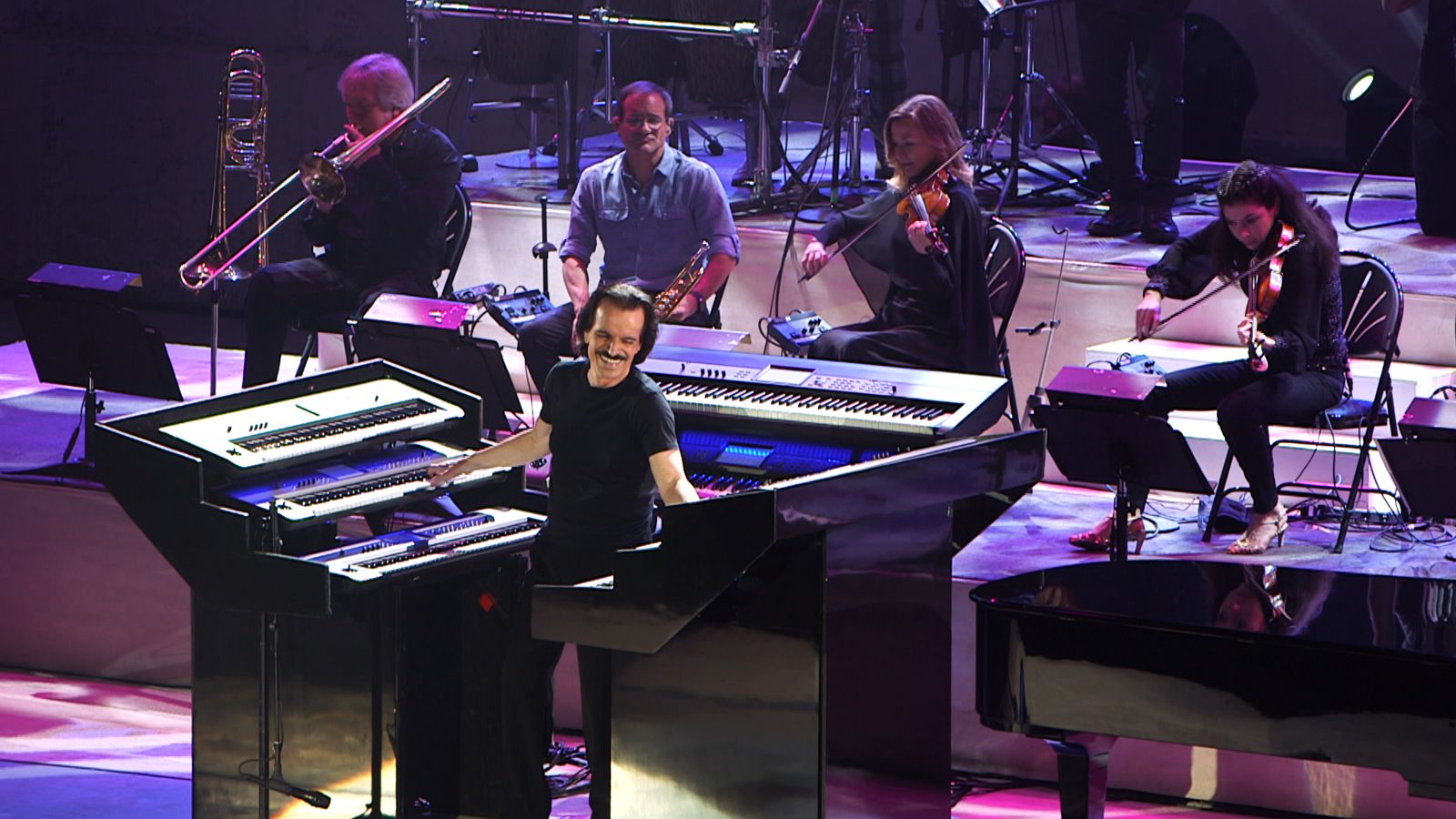 Yanni performs at the Winter at Tantora festival

Having accumulated around 40 platinum and gold albums, and being number one ‘New Age’ selling artist, the Greek composer doesn’t appreciate being placed in a specific music category.

“It’s a convenient category, it means nothing,” he says, “They didn’t know what to do with guys like me because my music doesn’t fit: it has rock’n’roll in it, it has jazz, it has classical influences, it has influence from the Middle East, Asian influences, all over.”

“Labels are important in society because it helps find things. For example you’re looking for milk at a grocery store,” he adds “But when you apply it to art. That’s when I have a problem.”

Mikhail from the Philippines shared this shot in front of the Al Maraya concert hall in Al-Ula, saying that he loves Al Ula’s ‘other-worldly landscape’.

In the short time that we’ve spent in Al Ula, I’ve fallen completely in love with the place as we explored its beautiful ancient sites, learned about its rich history, raced buggies around the sand dunes, got to know the Bedouins, chased camels and had our fill with dates. Last night we attended the groundbreaking ceremony for Al Ula as the Royal Commmission launches it into a major tourist destination, with so many exciting developments in the region that will finally open up Al Ula and Saudi Arabia to the world. I feel truly blessed to have been a part of this and to get to share it with all of you, and I can’t wait for the rest of the world to experience the wonders of this place. winterattantora #winterattantora

And Muhammad from Indonesia jumped for joy with his friends in Saudi, having worked at the first Tantora festival.