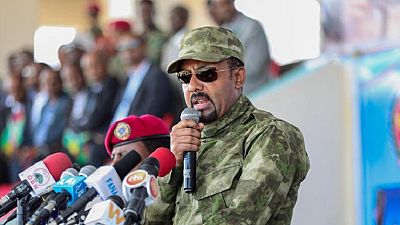 Even though ONLF and the office of the Premier have yet to confirm the meeting, Harun Maruf, a VOA journalist who extensively covers the Horn of Africa said the meeting took place in the Ethiopian capital Addis Ababa.

It is the first meeting between the two parties since ONLF fighters and leaders returned to the country from their base in Eritrea.

The group in January lauded the efforts of the PM in restoring peace to the Ogaden region – i.e. the eastern Somali Regional State, SRS.

The former SRS president Abdi Mohamoud and other top officials are currently the subject of judicial processes with charges of inciting violence and gross human rights abuse.

We African don’t normally appreciate the good effort of our leaders. However, ONLF recognises the real, credible and positive democratic change that is happening in #Ethiopia. This change is attributed to the open minded P M of #Ethiopia, #Abiy. #ONLF calls all to protect it.