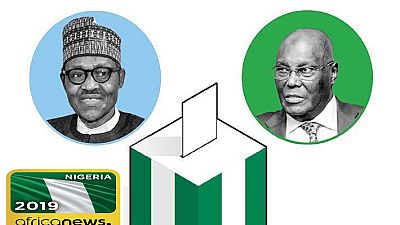 <p><strong>As Nigerians head to the polling stations on Saturday to cast their votes in the presidential election, there are several concerns and suspicions that the main political parties could engage in electoral malpractices and fraud.</strong></p> <p>On Thursday, president Muhammadu Buhari repeated the assurance that his government is committed to delivering a free, fair and peaceful election.</p> <p>Both Buhari’s ruling All Progressives Congress party (<span class="caps">APC</span>) and the main opposition People’s Democratic Party (<span class="caps">PDP</span>) have accused each other of plotting to rig the election.</p> <p>The suspension and subsequent charging of Nigeria’s chief justice, Walter Onnoghen, has also raised fears of interference in the elections.</p> <p>Onnoghen, who is accused of failing to disclose his assets as required by the law, would have played a key role in resolving any electoral disputes arising from Saturday’s vote.</p> <p>Saturday’s vote is expected to be a tight contest between Buhari and <span class="caps">PDP</span>’s Atiku Abubakar.</p> <a style="font-size:16px; font-color:yellow;" href="http://www.africanews.com/2019/02/07/nigeria-presidential-candidates-is-it-a-two-horse-race-devoid-of-diversity/"target="_blank"><span class="caps">READ</span> <span class="caps">MORE</span>: How diverse id the list of Nigeria’s presidential candidates</a> <p>In this article, we will look at highlights of Nigeria’s electoral laws and processes, having already documented a background to what will be the sixth quadrennial elections since the end of military rule in 1999, and profiled the presidential candidates.</p> <h2 style="font-size:16px;">Clinching the prize</h2> <p>The President of Nigeria is elected using a modified two round system, to serve a four year term of office.</p> <p>To win in the first round, a candidate must receive a majority of the vote and over 25% of the vote in two-thirds of the states. If no candidate meets this threshold, a second round is held, pitting the top two candidates against each other.</p> <p>Members of the House of Representatives are elected to 4-year terms, concurrent with the president, using first-past-the-post voting (simple majority) in single-member constituencies.</p> <p>Members of the Senate are elected to 4-year terms, concurrent with the president, from 108 single-seat constituencies into which the States are divided (three each) and one single-seat constituency consisting the Federal Capital Territory, all by first-past-the-post voting.</p> <h2 style="font-size:16px;">Voting procedures</h2> <p>To vote in the forthcoming elections, one must be;</p> <ul> <li>18 years old</li> <li>a Nigerian citizen</li> <li>a registered voter</li> <li>present a Permanent Voter’s Card (<span class="caps">PVC</span>) at the polling station</li> </ul> <p>Voting opens at at 8:00am (local time), and closes at 2:00pm</p> <a style="font-size:16px; font-color:yellow;" href="https://www.inecnigeria.org/wp-content/uploads/2019/01/Regulations-and-Guidelines-2019.pdf"target="_blank"><span class="caps">READ</span> <span class="caps">MORE</span>: Nigeria’s election regulations and guidelines</a> <h2 style="font-size:16px;">Election facts</h2> <ul> <li>Presidential elections are held on the 3rd Saturday in February of any general election year.</li> <li>Election of governors and members of the National Assembly are held two weeks thereafter.</li> <li>In case of the need for a second round in the presidential election, it shall be held within 21 days following the announcement of first round results.</li> <li>To contest the election outcome, a petition must be filed within 21 days after the official results were declared.</li> <li>Election tribunals including the Court of Appeal for presidential and governorship elections, shall deliver its judgment in writing within 180 days from the date of the filing of the petition.</li> <li>The courts may however adopt the practice of delivering its decision first, and defering the reasons for the verdict to a latter date.</li> </ul> <h2 style="font-size:16px;">At a glance</h2> <ul> <li>72 presidential candidates</li> <li>360 members to be elected to House of Representatives</li> <li>109 Senate members</li> <li>Population: 200,962,417 (2019 est.)</li> <li>Registered Voters: 84,004,084</li> </ul>