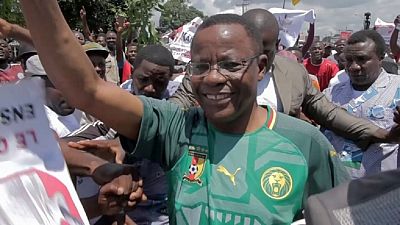 The main opposition Movement in Cameroon called off demonstrations planned in several cities on Saturday, a party leader said, following a government ban on protests.

“The MRC will not demonstrate today,” Emmanuel Simh, one of the MRC vice-presidents, told AFP on Saturday, with no further detail about the reasons for this decision.

The demonstrations planned in the capital Yaoundé had been banned by the regional head who, for “the preservation of public order”, asked organizers to renounce.

Maurice Kamto, president of the MRC and main opponent in Cameroon, since the October 2018 presidential election was arrested on Monday, two days after a wave of unauthorized demonstrations by his party in several cities in Cameroon, including Yaoundé and the economic capital Douala.

According to the party,he is in the custody of the Special Operations Group (GSO).

Mr. Kamto is accused of “rebellion”, “incitement to insurrection”, “crowding”, “hostility to the homeland”, “disturbance of public order, criminal association”, according to his lawyers.

The 200 people who were arrested a week ago, according to the party, are the subject of preliminary investigations for the same offences.

The National Communication Council (CNC), the sector’s regulatory body, noted on Thursday a rise in “calls for sedition or incitement to tribal hatred” in the media and on social networks. He called on “all actors in the media sector to demonstrate professionalism and responsibility in the collection, processing and dissemination of information intended for public opinion”.

Since the announcement of the presidential results at the end of October, several unauthorized demonstrations have been organized by the MRC against what it calls an “electoral hold-up”.

Maurice Kamto, lawyer, former Minister of Justice and former MRC presidential candidate, came second (14.23% of the vote) behind Paul Biya, re-elected for a seventh consecutive term with 71.2% of the vote, according to the Constitutional Council’s results. 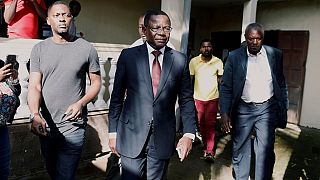