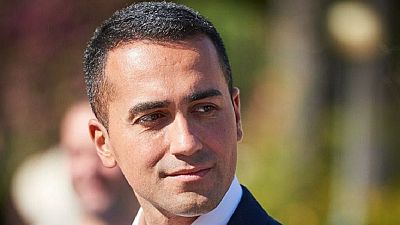 <p><strong>Italy’s deputy prime minister Luigi Di Maio on Monday insisted that France’s policies in Africa have created poverty and caused migration.</strong></p> <p>Maio’s remarks came hours after France summoned the Italian ambassador to Paris to protest the original assertions made over the weekend.</p> <h2 style="font-size:16px;">Italy’s accusations</h2> <p>Speaking on Saturday in central Italy, Di Maio attacked France’s Africa policy, the latest chapter in a war of words between Rome and Paris since the anti-establishment 5-Star-Movement and far-right League won power last year.</p> <p>“If we have people who are leaving Africa now it’s because some European countries, and France in particular, have never stopped colonizing Africa,” said Di Maio, who leads the 5-Star.</p> <p>“If France didn’t have its African colonies, because that’s what they should be called, it would be the 15th largest world economy. Instead it’s among the first, exactly because of what it is doing in Africa.”</p> <p>Di Maio added that France was manipulating the economies of 14 African countries that use the <span class="caps">CFA</span> franc — a colonial-era currency which is underpinned by the French Treasury.</p> <p>“France is one of those countries that by printing money for 14 African states prevents their economic development and contributes to the fact that the refugees leave and then die in the sea or arrive on our coasts,” he said.</p> <h2 style="font-size:16px;">France reacts</h2> <p>Ambassador Teresa Castaldo was summoned on Monday afternoon by the chief of staff of European Affairs Minister Nathalie Loiseau, the French diplomatic source said.</p> <p>“It’s not the first time the Italian authorities have made unacceptable and aggressive comments,” the French diplomatic source added.</p> <p>France argues that the <span class="caps">CFA</span> franc has brought welcome monetary stability to the countries that use it, but French President Emmanuel Macron said in 2017 that it was up to African governments to decide what to do with the currency.</p> <h2 style="font-size:16px;">Italy wants France sanctioned</h2> <p>The new Italian government has frequently clashed with Paris, be it on immigration or policy in Libya, eager to mark the difference between itself and the previous center-left administration which had good ties with the French authorities.</p> <p>“I’ve stopped being a hypocrite talking only about the effects of immigration and it’s time to talk about the causes,” Di Maio said at the weekend.</p> <p>“The EU should sanction all those countries like France that are impoverishing African countries and are causing those people to leave.”</p>

If we have people who are leaving Africa now it’s because some European countries, and France in particular, have never stopped colonizing Africa.