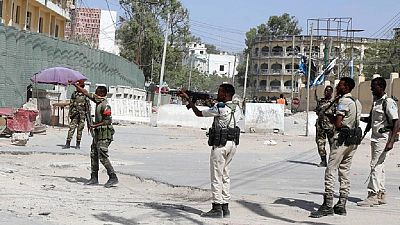 Authorities in Somalia have executed two assassins associated with insurgent group, Al-Shabaab. The duo were convicted by a military court of murdering a traditional chief.

Hassan Ali Hassan, 25, and Abdirahman Isse Ali, 22, were executed in the capital Mogadishu, the military confirmed on Monday.

They were captured by the police in early November 2016 when they tried fleeing the scene of the murder of the traditional chief, Hilowle Heefow Hussein.

The latest execution comes two weeks after a military court executed via firing squad a serial Al-Shabaab bomber, Abdul Kadir Shaa’ir. The 41-year-old had been convicted of a series of bombings in 2017.

Somalia remains one of a handful of African countries that still apply the death penalty despite a hard fightback by activists.

Most African countries have the measure on their law books but they are hardly enforced. Most death penalties are commuted to life imprisonment.