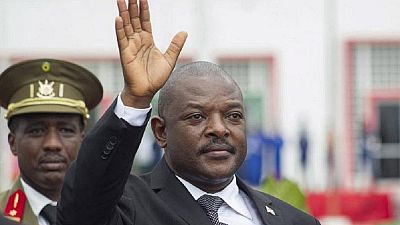 The city of Gitega, in central Burundi, will replace Bujumbura as the political capital of this country in the Great Lakes region, which remains the economic capital, the Burundian government spokesman announced.

The Burundian government “has just adopted a historic bill fixing the political capital in Gitega and the economic capital in Bujumbura”, said Friday in a tweet Jean-Claude Karerwa Ndenzako, spokesman for President Pierre Nkurunziza.

“The meetings of the Council of Ministers will now be held in Gitega, where five ministries will also be established from the beginning of 2019,” he added, adding that these include the Ministries of the Interior, Education and Agriculture.

The decision has yet to be approved by Parliament, which is largely dominated by the ruling party.

The change of the political capital follows a promise made in 2007 by Burundian President Pierre Nkurunziza, who justified his decision by Gitega’s central location, unlike Bujumbura, located in the west of the country on the shores of Lake Tanganyika.

Gitega, a city of over 720,000 residents (Bujumbura has 1.2 million inhabitants), was the capital of the Burundian monarchy.

A Burundian activist who requested anonymity told AFP that Burundi’s ruling CNDD-FDD party considered Bujumbura an opposition bastion and therefore at ease in Gitega. He added that Gitega barely had enough infrastructure to become the seat of government.

“There are practically no offices to rent, there are very few hotels and restaurants,” he said. “This is an unrealistic, totally crazy decision because, in addition, the country is going through a serious economic crisis and cannot afford to move and install the 5 ministries in Gitega”.

On social networks, many critics mocked a decision they believe was made despite common sense, wondering why the president did what he did when China had just built him a presidential palace in Bujumbura worth over $20 million.

Burundi has been in crisis since President Nkurunziza sought a controversial third term in April 2015. He was re-elected in July of the same year.

The violence that accompanied the crisis killed at least 1,200 people and displaced more than 400,000 between April 2015 and May 2017, according to estimates by the International Criminal Court, which has opened an investigation.