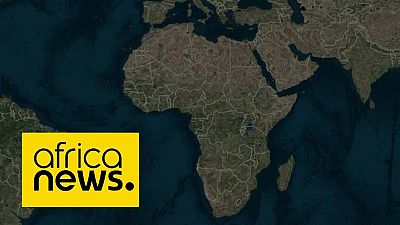 A special tab on the Africanews homepage ‘2018 Review’ is LIVE with a pool of articles and photo stories looking back at the year. We are using an alphabetical arrangement in respect of country reviews. This first part is concentrating on Algeria through to Chad.

ALGERIA – Ailing president to run for another term, parliamentary crisis

After local elections in 2017 which were won by the ruling party National Liberation Front party and its allies led by President Abdul Aziz Bouteflika, the ailing president was again in the news as the party had nominated him as candidate for elections slated for 2019.

Bouteflika in 2018 traveled to Geneva for medical checks. He has in the lasy few years gone to Europe to seek medical care – becoming a key member of ‘Africa’s sick presidents’ list.

A parliamentary crisis in the country eventually led to the forced removal of its speaker of parliament who decried the move as a coup.

Another key incident was the military plane crash that claimed over 270 lives. The April incident happened near Boufarik airport, in the capital Algiers. The plane was carrying more than 100 military personnel, a local TV station said.

In his first year, Angolan president Joao Lourenco showed that he was his own man and was going to run the country as he deemed fit.

The former first family took a big hit in 2018, both children of Lourenco’s predecessor, Isabel and Jose Filomeno, were kicked out of their high level posts.

Filomeno and other top officials are the subject of a corruption probe that has been launched by the government. Lourenco also attended his first United Nations General Assembly in September and has gotten involved in the regional affairs much more than dos Santos did.

The Angolan economy continued its sluggish form even as government stressed its resolve to turn things around. Dos Santos gave his first interview as a former president fending off claims by Lourenco that the treasury was empty when he came into office.

Botswana – New president in, a piece of the royal wedding

Botswana had a new president in the person of Eric Mogweetsi Masisi, taking over the reins from now immediate past Ian Khama.

In naming his new government, President Masisi struck a good chord with young Africans as he named a 30-year-old as minister. Bogolo Kenewendo is till date handling the Investment, Trade and Industry portfolio.

The royal wedding between Prince Harry and Meaghan Markle, apparently started off somewhere in Botswana after the Harry disclosed that he had actually proposed when the duo were on a private trip to the country.

There was a coordinated attack on the headquarters of the army and the French army in March this year. There were casualties reported on both sides as government blamed terrorist elements for the incident.

Also in the course of the year Ouagadoudou, opted to go with one-China policy after a long period holding off. They abandoned the recognition of Taiwan as a country leaving only eSwatini in that bracket.

Burundi entered 2018 in a tense mood after government insisted on going ahead with a constitutional referendum aimed at scrapping presidential term limits.

Despite stiff opposition, the vote was carried out with the ‘YES’ vote winning – as expected. The big news was of President Nkurunziza’s announcement that he was not going to seek a fresh term when his mandate expired in 2022.

Burundi also clashed with a number of United Nations agencies in the year. Refusal to cooperate with UN rights group and belatedly a demand that the UN body closes its offices in the country.

Like Burundi, part of Cameroon – the Anglophone region – was in a state of active conflict and largely so throughout the year. Separatists managed to ground normal social life in the two regions – Northwest and Southwest.

Fighting between them and state security forces resulted in deaths on both sides, whiles the displacement spiral continued unabated. Some into the French zones whiles others fled into Nigeria.

President Paul Biya contested for a seventh term and beat eight others to a new term. A court petition by the opposition failed. Cameroon also got a new opposition chief in ex-minister Maurice Kamto who garnered 14% of the votes, he entered a belated coalition with another candidate.

Allied to security, the country was stripped of the rights to host the African Cup of Nations, AFCON, after CAF found that they were behind in terms of preparation for the mid-2019 event. Insecurity also played a role in the body’s decision.

The state of insecurity in the Central African republic continued across the year with its attendant humanitarian toll of the displaced.

There was chaos in parliament after a lawmaker reportedly pulled a pistol during proceedings. Then the speaker was replaced in a move he decried as illegal. He has since been replaced.

Russia also developed an increased interest in the country as it began giving training to security forces in the country. The move led to a condemnantion by France with the claim that Russia was looking to have undue influence in the country.

In the last quarter of 2018, two former militia leaders have been arrested and hauled before the International Criminal Court, ICC, for their respective roles in violence.

President Azali Assoumani’s government went ahead with a controversial referendum that will see him continue in office.

The vote affirmed the president’s ‘YES’ campaign which allows him to contest another term after his current term runs out. The vote led to protests and a subsequent clampdown by the military. Assoumani visited some of the restive regions of the island nation.

The Republic of Congo continued to experience sluggish economic progress under an IMF agreement that the country is into. The most recent visit of the IMF team to the country was in November.

Meanwhile on the political space, former security minister and presidential aspirant General Mokoko remains in prison since he was detained in 2016 for calling for an uprising after losing presidential polls.

President Idris Deby Itno became the first Chadian leader to visit Israel in over four decades. He met Israeli Prime Minister Bejamin Netanyahu with the issues of security and fight against terrorism topping the agenda.

“We have a common struggle, as you have already mentioned Mr. prime minister, against a thing which is a scourge of this century, and this is terrorism. Humanity must simply get rid of it, heal from it,” Deby said in a press event.

Back home, anti-government protests against austerity measures continued in earnest. The army also reported defeating rebels located in the north of the country. Chad’s role in the area of migration was also prominent over the year.

President Idriss Deby also joined his colleagues under the banner of the G5 Sahel nations and the Lake Chad group – Nigeria, Niger, Cameroon, Chad – in discussing issues of terrorism.