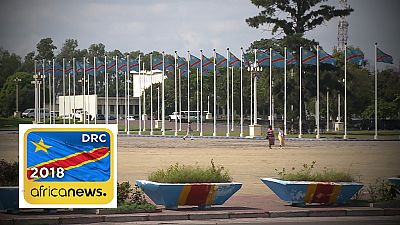 The U.S. State Department said on Saturday it had ordered non-emergency government staff and family members of government employees to leave Democratic Republic of Congo a week before a presidential election that it fears could turn violent.

Campaigning for the long-delayed Dec. 23 poll to choose President Joseph Kabila’s successor had been mostly peaceful until this week, when security forces opened fire to disperse opposition gatherings, killing at least four people.

A fire in the capital Kinshasa also destroyed thousands of voting machines and ballot boxes early on Thursday morning, and Kabila’s ruling coalition and opposition candidates traded blame for the incident.

The State Department also said in an e-mailed advisory to citizens that it had “limited ability to provide emergency services” to U.S. citizens located outside Kinshasa, especially in the east and the central Kasai provinces.

The U.S. embassy in Kinshasa closed for a week last month over what it said was a possible terrorist threat. Two diplomats told Reuters the purported threat was related to the arrest of a cell of Tanzanian jihadists from a Ugandan Islamist group.

Britain advised its citizens on Wednesday against travelling to Congo, while the U.N. human rights chief on Friday called on Congolese authorities to halt violence and inflammatory speech ahead of the election.

Kabila, who succeeded his assassinated father in 2001, is due to step down after the election. His refusal to leave power when his mandate officially expired in 2016 sparked violent demonstrations in which security forces killed dozens of protesters.