Chocolate made in Congo 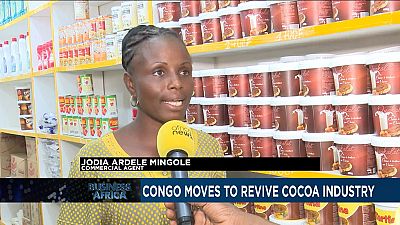 Discover Wakalat, a chocolate made in Congo that tries despite the difficulties to establish itself on the local market.

As a result of self-financing, the company unfortunately still faces several problems, such as the tax on imported products and the scarcity of raw materials in the country.

Support for women is a smart investment’‘, to quote Werner Hoyer, President of the European Investment Bank, on the occasion of the Africa Day in Addis Ababa, Ethiopia. The women of the Ethiopia Women Entrepreneurship Development Project, for example, received a 30 million Euro loan to strengthen their economic inclusion, create jobs and promote sustainable growth.

Maria Shaw- Barragan, Director of the European Investment Bank, in charge of lending operations outside Europe talks about the loan.