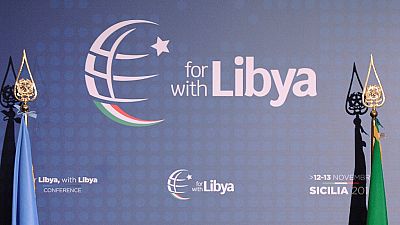 <p>Libyan leaders earlier this year had agreed a deal to conduct elections in December this year. But that <a href="http://www.africanews.com/2018/05/29/post-gaddafi-libya-rival-leaders-agree-to-hold-polls-in-december-2018/" target="_blank">deal reached in Paris</a> with the support of the French government has since been abandoned.</p> <p>The new election date is slated for spring of next year, according to the Italian Foreign Minister. Spring 2019 will span between March 2019 and June 2019.</p> <p>Reuters quoted Italian Foreign Affairs Minister Enzo Moavero as saying on Wednesday that polls will be held next spring. Italy hosted a two-day conference in Palermo to try to stabilise the troubled North African country.</p> <p>Libya’s two main rival leaders met for the first time in more than five months in Sicily on Tuesday and its prime minister endorsed a United Nations plan for an election next year.</p> <p>The United Nations special envoy to the country had states earlier this week that the December 2018 date was <a href="http://www.africanews.com/2018/11/12/libya-polls-between-march-and-april-un-envoy/" target="_blank">not achievable</a> and cited a spike in violence as the main reason for the postponement.</p> <p>“We believe that conditions are more conducive to a return to our action plan and that is what we intend to do by first calling on Libyans to meet preferably on Libyan soil…</p> <p>“… and agree on a number of outstanding issues, such as: what to do with the constitutional framework, what to do with election dates, with the misallocation of wealth, and then go to the elections,” Ghassan Salamé said on the sidelines of the summit.</p> <p>The country is currently split between the internationally recognized government of national unity, <span class="caps">GNU</span>, based in Tripoli and the eastern government led by General Khalifa Haftar. The <span class="caps">GNU</span> is led by Fayez Al Sarraj. </p> <p>Other interested parties that attended the talks included the European Union president and chief diplomat, president of Niger, Idris Deby and Tunisian president Essebsi.</p> <p>Also in attendance are the heads of two parliamentary assemblies who had since the Paris deal been taked with drafting a roadmap towards elections.</p> <p>North America Treaty Organization (<span class="caps">NATO</span>) forces backed rebel groups in the north African country to oust long-serving Muammar Gaddafi. Gaddafi was found and killed in his hometown of Sirte by rebels.</p>