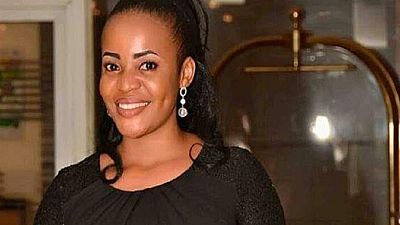 Cameroonians online are celebrating the release of the English-speaking journalist, Mimi Mefo, who had been detained at the New Bell prison since Wednesday.

Mimi, who had been charged by a military court of committing a ‘state security’ offence, was released on Saturday, in the Southern city of Douala.

Mimi is accused of publishing false information about clashes between the army and separatist militias.

She is also said to have relayed a tweet that attributes the death of Charles Wesco, the American missionary killed in Bamenda to the Cameroonian army.

Mimi Mefo's lawyers have just confirmed her release!! Waiting for details on conditions of release.
CONGRATULATIONS to all who are mobilized to #FreeMimiMefo and to #FreeAllArrested . Remain engaged till we have the final word. Phase I = VICTORY!!! pic.twitter.com/heGrwClSw2

In the aftermath of her arrest, the hashtag #FreeMimiMefo has been trending on social media, even as several international organisations like the Committee to Protect Journalists and Amnesty International issuing statements calling for her unconditional release.

Mimi, who is the English desk editor and journalist at the privately-run Equinoxe Television, and also runs a personal blog, where she regularly reports on the security crisis in the the two English-speaking regions of Cameroon.

For over a year now, government security forces have been engaged in armed conflict with separatists in the Anglophone Northwest and Southwest regions.

Since the presidential election on 7 October, at least six journalists have been arrested in Cameroon, two of whom remain in prison, according to a count made by the AFP.

Mimimefo237 should never have been arrested in the first place.
we must continue this fight until all our brothers &sisters jailed without charges are releasedPR_Paul_BIYA &his goon's have caused untold pain &suffering to us &our beloved ones#FreeAllArrested #BiyaMustGo https://t.co/CK8GU7IgyG

Amen! So relieved Mimimefo237 is out of prison! Wonderful mobilization by the community of journalists who stood up for their own.

We wil monitor the trial carefully but this is great news!!! 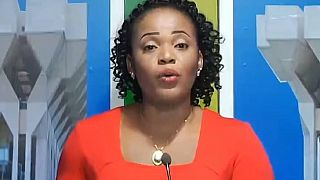