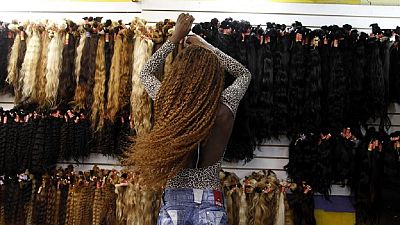 <p>Female employees at Liberia’s finance ministry are to be subjected to a new regulation – nothing financial but strictly hairy.</p> <p>The ministry has disclosed a decision to enforce a 2014 policy that bars employees from wearing coloured hair extensions or dying their hair, the <span class="caps">BBC</span> Africa Live page reports.</p> <p>A number of women the <span class="caps">BBC</span> spoke to slammed the move as discriminatory and a move to police what women wore.</p> <p>“The policy at the Ministry of Finance and Development Planning is discriminatory, how does the hair colour of a woman affect the contribution she has to make to the overall goal of the ministry of finance?” A respondent quizzed.</p> <p>“The laws and policies that are being crafted in our country is really influenced by our patriarchal system that attempts to control a woman’s body, the way she looks, the decision she makes, so that is the key problem,” she stressed.</p> <p>“For me, I am from an international background, so the work (or) the goal, has nothing to do with the dress code. Because the way they dress, that is how they feel comfortable especially with the hair colour or the hair style. Once it does not contradict your work,” another resident said.</p> <p>Another person however supported the policy saying: “… looking at our environment and seeing people come in with other lousy colour of hair more especially for employees, for me I think is a good one. At least to know how they dress, pink hair; you find it in a club, not to a working environment.”</p> <p><img src="https://static.euronews.com/articles/56/85/568533/1024x576_bonus-Wigss.jpg" alt="" /></p> <p>The date of the promulgation of the law indicates that it was during the second and final term of Ellen Johnson Sirleaf, Africa’s first democratically elected female leader who left office early this year. She was replaced by incumbent George Weah.</p> <p>According to 2017 law, hair products are part of materials that are subject to tax under Section 1140 of Liberia’s revised revenue code. It reads as follows:</p> <p>Section 1140. Cosmetic Aids, And Non Alcoholic Beverages </p> <p>(a) Tax Imposed. Excise tax, at the rate of not less than 5 or more than 10 percent, as determined by Regulation, shall be levied on any cosmetics or cosmetic aids imported or produced in Liberia, including perfumes, toilet preparations, hair products, and nail-care products; and non alcoholic beverages.</p> <p>(b) Exempt Goods. Notwithstanding the tax imposed by subsection (a), the following goods are exempt from excise: (1) soap; (2) toothpaste; (3) toilet tissue; and (4) disinfectants.</p>

The laws and policies that are being crafted in our country is really influenced by our patriarchal system that attempts to control a woman's body, the way she looks, the decision she makes, so that is the key problem.