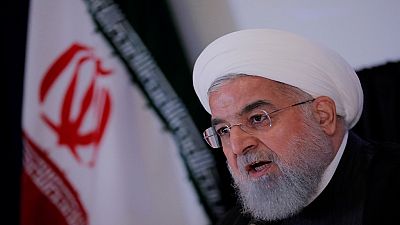 he United States is seeking ‘regime change’ in Iran, President Hassan Rouhani said on Sunday (October 14) in a speech broadcast on state TV.

The United States is using psychological and economic warfare and questioning the legitimacy of the Islamic Republic to pursue regime change in Iran, Rouhani said in a speech commemorating the beginning of the academic year at Tehran University.

Tensions have ramped up between Iran and America after U.S. President Donald Trump withdrew from a multi-lateral agreement on Iran’s nuclear program in May and reimposed sanctions in August.