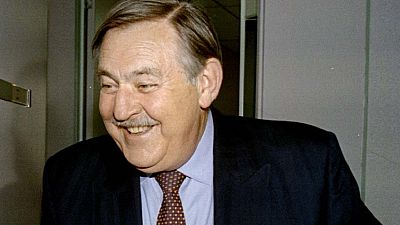 The death of former South African foreign minister Pik Botha has stirred up racial sentiments on social media, as many disagree on whether to define his legacy as an apartheid oppressor or a reformer.

Botha, who for 17 years was the global face of the racist apartheid regime,died aged 86 after a lengthy illness, according to a Friday eNCA news network report.

While some observers considered Botha, a reformer in the hard-line National Party administrations he served under, for many black South Africans on Twitter, he was an ‘arrogant’ technocrat who used his talents to sanitise an oppressive regime.

South Africa is quite far advanced due to the combined effort of both blacks and whites; that they need each other. I used to say we are like a zebra: if you put a bullet into the black stripe or the white stripe, the animal will die.

In 1986 Botha predicted that South Africa might one day have a black president, a statement that earned him a stern rebuke from President P.W. Botha, who was no relation.

“As long as we can agree in a suitable way on the protection of minority rights without a racial sting … then it would possibly become unavoidable that in future you might have a black president of this country,” he said.

Botha had the unenviable job of defending apartheid on the world stage as South Africa grew increasingly isolated, facing economic sanctions abroad while imposing a state of emergency at home and attempting to destablise its African neighbours.

After Nelson Mandela became South Africa’s first black president in 1994, Botha served as minister of minerals and energy for two years in a government of national unity.

“South Africa is quite far advanced due to the combined effort of both blacks and whites; that they need each other. I used to say we are like a zebra: if you put a bullet into the black stripe or the white stripe, the animal will die,” he was quoted as saying in 1997, after he left the government.

Pik Botha/PW Botha same shit, as long as we hear the surname Botha we think of the oppressor. That's why i dont even drive in Louis Botha street.

The passing away of #PikBotha leaves me confused a bit. As he later became a member in good standing, should I be singing “Hamba Kahle Mkhonto ✊?”?

ANC SADDENED BY THE PASSING OF #PikBotha

The African National Congress express its condolences to the family & Friends of Pik Willem Botha, who passed away on Thursday, 11 October 2018 at the age of 86. pic.twitter.com/1no81ANrj1

Good riddance to bad rubbish, anything that reminds me of the evil system of apartheid is rubbish to me #PikBotha pic.twitter.com/PqHZzwcojy