'We have no observers in Cameroon': Transparency International 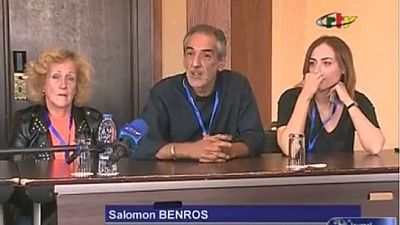 <p><strong>Transparency International has disowned a report broadcast on Cameroon’s national television that said it’s observatory team monitoring presidential elections had approved the management of the electoral process.</strong></p> <p>In a statement issued on Tuesday, the global anti-corruption body said it had not deployed an election observer mission in Cameroon. It described the television report by Cameroon TV as ‘false and untrue’.</p> <p>“The individuals shown in the report have no affiliation with Transparency International,” said Patricia Moreira, Managing Director of Transparency International. </p> <p>In the report broadcast on Monday, the purported observers described the October 7 election as ‘credible, fair and sincere’.</p> <p>‘‘Everybody did their job. They took it very seriously. The election management process was extremely good,’‘ said one of the observers, Nurit Greenger, who is reportedly from the United States.</p> <style>.embed-container { position: relative; padding-bottom: 56.25%; height: 0; overflow: hidden; max-width: 100%; } .embed-container iframe, .embed-container object, .embed-container embed { position: absolute; top: 0; left: 0; width: 100%; height: 100%; }</style><div class='embed-container'><iframe src='https://www.youtube.com/embed/Wjm2hTyKnuM' frameborder='0' allowfullscreen></iframe></div> <p>Transparency International, which has a chapter in Cameroon, said it had ‘established a reporting mechanism to be sued by the general public to report possible irregularities’.</p> <p>‘‘At this critical time for democracy in Cameroon, Transparency International…urges all parties in politics and media to act responsibly and with integrity in their communications around the election and its results,’‘ concluded the statement.</p> <a style="font-size:16px; font-color:yellow;" href="http://www.africanews.com/2018/10/09/maurice-kamto-ex-cameroon-minister-claiming-to-be-president-elect/"target="_blank">Maurice Kamto: Ex-Cameroon minister claiming to be president-elect</a>

The individuals shown in the report have no affiliation with Transparency International. 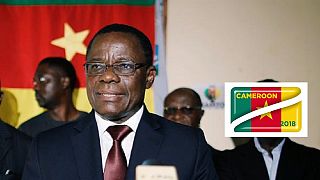