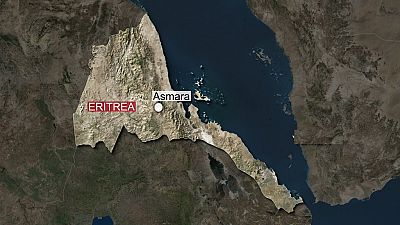 <p>Human Rights Watch, <span class="caps">HRW</span>, has accused the Eritrean government of continuing to repress opposing voices citing the recent arrest of a former finance minister, Abrehe Kidane Berhane.</p> <p>According to the international rights group, contrary to hopes that peace with Ethiopia after decades of enmity was going to birth a new air of freedom, Asmara was going on with business as usual.</p> <p>“There was hope that change would come for Eritrea’s many political prisoners after Eritrea and Ethiopia made peace this year, ending three decades of enmity,” said Maria Burnett, East Africa director at <span class="caps">HRW</span>. </p> <p>“But, Berhane’s arrest shows nothing has changed. Jailing critics in Eritrea remains the norm,” she added.</p> <p>The former government official’s arrest in September was as a result of a two-pronged criticism of the president Isaias Afwerki. Berhane posted a video on YouTube and published a two-volume book calling for an end to what he said was Isaias’ dictatorship.</p> <p>He demanded that the president steps down and transfers power to a younger generation. The video has since September 6, 2018 till date raked close to 20,000 views. His book is titled, Eritrea Haragey (Eritrea, My Country).</p> <p>In his book and video, Berhane says that Eritrea’s “struggle for independence was never to install dictatorship. We need ideas and principles to guide us – not individuals with absolute power.”  </p> <p>He is on record to have demanded that the president reconvenes the National Assembly, which sat in over 16 years. He opines that in the absence of elections, it is the legislature that will be able to replace Afwerki.</p> <p>Berhane warned, “if there is any force that wants to derail the process, he would have to face the Eritrean youth.” The Eritrean government has not officially commented on his arrest or the views he has advanced.</p> <p><span class="caps">HRW</span> and other rights groups have repeatedly called on the government to release political prisoners and other people – media and religious faithful – being held in detention centers across the country.</p> <p>Government has justified an indefinite military national service scheme with the threat of violence by Ethiopia. In the wake of June 2018 peace deal, there has been indications that the program was set for review.</p> <p>Young Ethiopians are among the majority of persons from the region trying to escape conditions back home by making the perilous journey across the Mediterranean. Government has repeatedly rejected claims that local policies was to blame for the exodus.</p> <blockquote class="twitter-tweet" data-lang="en"><p lang="en" dir="ltr">“Governed by fear” – Welcome to Eritrea, one of the most repressive countries in the world: <a href="https://t.co/SLeoWrHvcA">https://t.co/SLeoWrHvcA</a> <a href="https://t.co/7i5T2argzr">pic.twitter.com/7i5T2argzr</a></p>— Human Rights Watch (@hrw) <a href="https://twitter.com/hrw/status/1047705182677557248?ref_src=twsrc%5Etfw">October 4, 2018</a></blockquote> <script async src="https://platform.twitter.com/widgets.js" charset="utf-8"></script>

But, Berhane’s arrest shows nothing has changed. Jailing critics in Eritrea remains the norm.