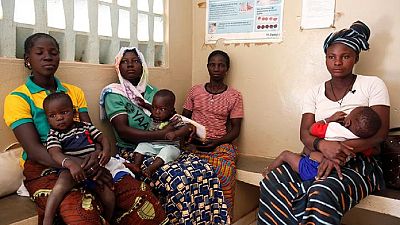 In the latest move demonstrating Tanzania’a inconsistent position on family planning, the government on Wednesday suspended broadcasting of family planning advertisements by a U.S.-funded project.

In a letter written by the health ministry, organisations carrying out family planning activities in Tanzania were asked to recall their advertising slots in local media.

The development comes nearly two weeks after a legilator queried president John Magufuli’s comments that described family planning as a system for those “too lazy to take care of their children”.

The letter written by a senior official in the ministry covering health and gender issues asked the head of FHI 360, a U.S.-based non-governmental organisation, to immediately stop airing advertisements under a project called Tulonge Afya (Let’s speak health).

“The ministry intends to revise the contents of all your ongoing radio and TV spots for family planning, thus I request you to stop with immediate effect airing and publishing any family planning contents in any media channels until further notice,” the letter, dated Sept. 19, said.

On September 9, Magufuli told women in central Tanzania’s Simiyu region to ignore the advice of his health minister and other family planning advocates.

“Let me tell you in front of the minister of health who is always advocating for family planning, go to farm, work hard … if you have enough food then give birth as you can,” he said during the event that was also attended by the United Nations Populations Fund representative in Tanzania.

The following day, when a legislator pointed out that the country’s health insurance scheme could only accomodate a maximum of four children from one family, the speaker Job Ndugai said the president’s speech was ‘mere advice’.

The health ministry will however be hard pressed to convince critics that its decision to recall family planning adverts is not linked to the president’s position on large families and huge populations.

Indeed, in their letter to FHI 360 and U.S. Aid Tanzania, the ministry acknowledged the organisations efforts in supporting family planning activities.

Critics say his cost-cutting measures and policy changes are excessive and undermine growth by stifling foreign investment in vital sectors such as mining.