Atiku takes on Buhari on Nigeria's restructuring ahead of 2019 polls 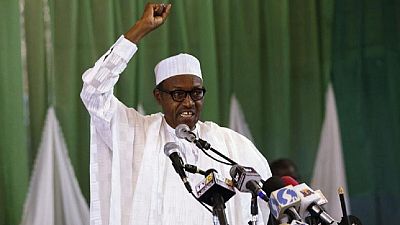 Nigeria’s former vice-president Atiku Abubakar has revived debate on restructuring of the country’s federal structure by pledging greater devolution if he becomes president at polls next year.

Atiku, who picked nomination forms to be the presidential flag-bearer of the opposition People’s Development Party (PDP) this week, says he is in favour of handing more powers to the country’s 36 states and the Federal Capital Territory if he wins in February.

“Over the years, since (the) military got involved governing the country, they have created too many states and concentrated a lot of power in the centre,” he said.

So, we believe we should return to the principles of true federalism: devolving more power and resources to the components of federalism in terms of security, healthcare, education.

I have just submitted my nomination form to the OfficialPDPNig to officially declare my intention to seek the nomination of the party to run for the office of the President of the Federal Republic of Nigeria in the 2019 elections. pic.twitter.com/E0ILGpdwjy

“So, we believe we should return to the principles of true federalism: devolving more power and resources to the components of federalism in terms of security, healthcare, education.”

Such issues “will be best dealt with by people nearer to the people than the FG (federal government), which is too far away”, Abubakar, 71, told reporters in an interview.

In July, states and local governments received 656.6 billion naira ($1.8 billion) from a total of 821.9 billion naira in federal funding, according to official statistics.

The money shared out from the central account comes from revenue generated by the states themselves.

But more prosperous states, particularly those in the oil-producing south, have long complained they are subsidising less productive counterparts, especially those in the more impoverished north.

Abubakar’s call for a loosening of federal ties is significant because it stands at odds with the position of his fellow politicians from the north, including Buhari.

Until now, the idea has had more support in the south.

Nigeria as a single entity dates back to 1914 when British colonial rulers amalgamated northern and southern Nigeria for commercial purposes.

But there have been tensions ever since, and questions about whether the union can hold, because of ethnic, cultural and religious divisions.

Regional identity is fiercely guarded in Nigeria, which is almost evenly divided between a mainly Muslim north and the largely Christian south. The most obvious division has been between the north and south.

Abubakar, who was president Olusegun Obasanjo’s deputy from 1999 to 2007, described Nigeria as “a number of countries in one country”.

Militancy in the oil-producing south has largely been fuelled by demands for greater control of the revenue generated by oil and gas.

Repeated lack of central funding for infrastructure has equally contributed to the revival of separatist sentiment in the southeast.

But Buhari’s administration has maintained that good governance and better execution of infrastructure projects is more important than restructuring.

Vice-President Yemi Osinbajo said last month: “It is about managing resources properly and providing for the people properly, that is what it is all about.”

He recalled his time as a commissioner in Nigeria’s commercial capital, Lagos, between 1999 and 2007 and how he fought for financial autonomy for the state.

“We felt that there was a need for the states to be stronger, for states, to more or less, determine their fortunes.”

Nigeria is riven with security challenges from Boko Haram Islamists in the northeast to Biafran separatists in the southeast and violence between farmers and herders in central states.

Peace and stability would be elusive without restructuring, he added.