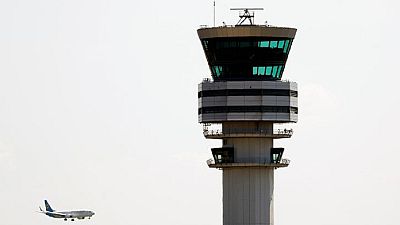 Several Ethiopians have condemned the arrest of the organisers of an industrial action by the Air Traffic Controllers (ATCs) in the country.

On Monday, state affiliated Fana BC reported that Federal Police Commission had detained nine individuals on suspicion of attempting to disrupt international flights and coordinating a strike that began last week.

‘‘The suspects were attempting to disrupt international flights and prevent planes from landing at the airport,’‘ Tekora Aifokru, Deputy Commissioner General said.

There have been several incidents of loss of standard separation between aircrafts at the point of transfer between Addis Ababa and Nairobi due to wrong or no estimates from Addis Ababa.

A statement issued by the Kenyan Air Traffic Controllers Association (KATCA) last week brought the consequences of the strike to the attention of the International Air Transport Association (IATA), warning that ‘ a possibility of air misses’ is real.

“There have been several incidents of loss of standard separation between aircrafts at the point of transfer between Addis Ababa and Nairobi due to wrong or no estimates from Addis Ababa,’‘ read part of the KATCA statement.

Although the Ethiopian side have brought in retired ATCs as well as foreign operators to mitigate the ongoing challenges, the statement indicated that the retired ATCs who “have no understanding of the airspace, do not know the coordination procedures, are overwhelmed, and too slow and can neither pass or copy estimates correctly.”

News of the arrest of the strike organisers was quickly condemned on social media, as many called on the government to resolve the issues raised by the ATCs rather tahn resorting to intimidation.

AS – a responsible reporting here would be questioning the authorities why they would arrest workers for raising grievances. This is how dictatorships are born…it becomes easier to jail than answer their question. Today it is them, tomorrow it is you.

Workers’ rights down the ?… this is really sad. Why arrest them when this could be solved through negotiations? This is just intimidation at its lowest ? #Ethiopia #EthiopianAirlines #AirTrafficControl