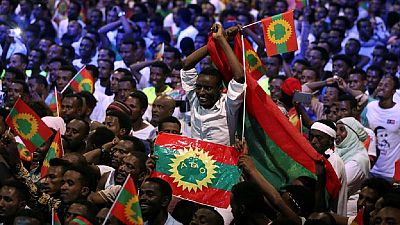 Two main opposition parties in Ethiopia’s Oromia region have hinted at a merger ahead of polls slated for 2020, government affiliated Fana broadcasting corporate reported on Thursday.

The two are the Oromo Federalist Congress (OFC) and the Oromo Liberation Front (OLF). OLF until recently was considered a terrorist organization by the government.

OLF led by Dawud Ibsa was based in #Eritrea, it has however agreed to return to the country to pursue peaceful struggle and participate in the political process. OLF held peace talks with the federal and regional government in Eritrea capital Asmara.

OFC on the other hand remained a political group in the country during the height of Oromo protests that rocked the country partly contributing to change in leadership of government earlier this year.