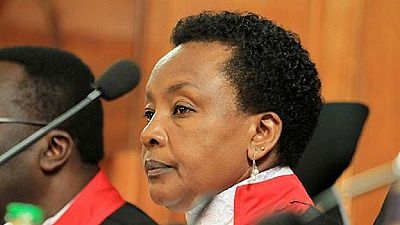 Kenya’s Deputy Chief Justice Philomena Mwilu has been granted a bail of five million shillings ($50,000), following her Tuesday afternoon arrest on charges of abuse of office.

The court released Justice Mwilu on a personal bond because Judge Mwilu was brought before court past official working hours in Kenya.

A bond with surety could therefore not be processed as the court registry and banks are closed.

Chief Magistrate Lawrence Mugambi ordered the deputy Chief Justice to appear in court on Wednesday to face charges of abuse of office and tax evasion.

Addressing a news conference after her arrest, the director of public prosecution, Noordin Haji said justice must be served because the ‘country is being torn apart by people placed in positions of trust but who in turn abuse this trust’.