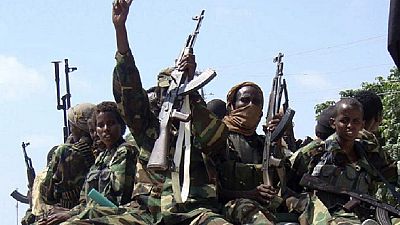 The death of about 40 people in Ethiopia’s Oromia region at the weekend is being blamed on the Liyu Police, regional paramilitary force that belongs to the adjoining Somali regional state.

Negeri Lencho, spokesman for the Oromia state administration confirmed the attack and also pointed to the Liyu police: “The victims were all ethnic Oromos. The perpetrators were members of a paramilitary force.”

Addis Standard’s report detailed the circumstances and periods the attacks took place. It went further to cite corresponding news reports from the BBC’s Afaan Oromo service and of medical personnel handling some of the wounded persons.

The report quotes an official of the locality (Mayu Muluke) worst affected by the violence as putting the death toll at 37 with over 44 others having sustained varied degrees of injury.

The report added that a Mayu Muluke town police officer by name Mohammed Aliyi said the attack was a military assault by members of Ethiopia’s controversial Liyu Police “for reasons we are not clear with yet.”

Before Negeri Lencho’s confirmation of the attack, Oromia region’s justice bureau communication head, Taye Dendea had confirmed the incident via his Facebook page on Sunday. At the time he reported that 31 people had been killed, of whom five were women. Children and the elderly were among the victims.

Oromia officials stressed however that they were doing all it takes to restore security and to bring a lasting solution. The two regional states – Oromia and Somali – share a common border which spans several kilometers.

Ethnically motivated clashes have often led to deaths and massive displacements on both sides. The Liyu police under the command of the Somali region have been blamed for cross border raids whiles militias from the Oromia side have also acted in same measure as retaliation.

The Liyu police made the news last week when their former leader and president of the Somali regional state, Abdi Mohamoud Omar, was forced to resign amid a standoff between regional and federal forces.

News went around that government was to disarm the unit but late in the week, it was said that federal forces were to team up with the Liyu police to restore peace to the Somali regional capital Jijiga and other parts of the state.