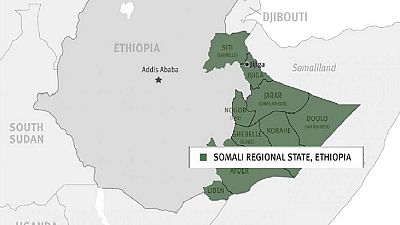 The Ogaden National Liberation Front (ONLF) has reiterated its call for a peaceful resolution to the security standoff between federal and regional forces in Ethiopia’s Somali region.

ONLF, which operates in Ethiopia but insists it “struggles for the right of self determination of all Somalis under Ethiopian occupation,” bemoaned the deadly nature of the crisis.

The group said it was only a peaceful transition that could end the impasse which it said was turning into an inter-ethnic conflict between Somalis and Oromos – the largest ethnic group in Ethiopia.

ONLF called on neighbouring states and the international community to join efforts aimed at deescalating the situation. Capital of the region Jijiga has been the scene of battles between the national army and regional forces.

About thirty people are said to have died with attacks on about eight Orthodox churches. Some of the attacks led to in some cases gruesome murders of priests. Looting and supposed targeted killings have led scores to cross over into neighbouring Somaliland.

ONLF pointed at the Somali region’s paramilitary unit, Liyu Police, as being at the heart of security crisis in the region and called for justice. The current federal deployment is believed to be targeting Mohamed Omar, aka Abdi Illey, president of the region.

Below are excerpts of its latest position as shared on Twitter:

ONLF calls upon the neighbouring states and international community to pay attention to this issue and help all parties achieve a peaceful solution to the current debacle in the Somali Region.