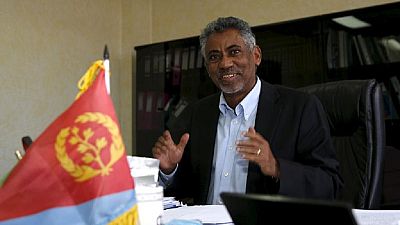 <p>Eritrea was the victim of a deliberate smear campaign over the period that it cut ties with neighbouring Ethiopia but it was not at any point isolated, its information minister has told the <span class="caps">BBC</span>.</p> <p>According to Yemane Ghebremeskel, the despite many attempts to have Asmara isolated, the country’s relations at different levels remained intact with partners across the continent and globally during its ‘no peace – no war’ with Ethiopia.</p> <p>Meskel was addressing a range of issues with respect to the way forward for Eritrea now that it had after two decades made peace with its more populous and powerful neighbour.</p> <p>“There may have been attempts to isolate Eritrea but I don’t think Eritrea was isolated. I can look at diplomatic ties we have or we had, I can look at our representation, I can look at development cooperation and trade relations we had with a good number of countries in Africa, Europe, Middle East and so on and so forth.</p> <p>“But there was a stigma, there was a certain portrayal of Eritrea, there was a demonization campaign of Eritrea. The country was portrayed in a certain light by some countries who wanted to pursue basically an agenda of regime change that was not accurate before, that was not fair before and it cannot be relevant anymore.”</p> <p>Ethiopian Prime Minister Abiy Ahmed during his inauguration on April 2, 2018; made the first peace overture to Eritrea. Asmara at the time said the ball remained in the court of Ethiopia.</p> <p>Abiy went on to accept rulings of a boundary dispute that ended a devastating two year border war which situation led Eritrean leader Isaias Afwerki to send a delegation to Addis Ababa to gauge the diplomatic mood.</p> <p>Since then, Abiy made a historic visit to Asmara, meeting Afwerki and signing a peace deal that normalized all friendly relations between the two. Afwerki reciprocated the visit and reopened Eritrea’s embassy in Addis Ababa.</p> <p>Eritrea has long been tagged one of Africa’s secretive and isolated nations in news report. The Red Sea nation has been described as Africa’s North Korea, a title that they have openly disagreed with.</p> <p>Rights groups have also widely reported about the abuse of freedoms of the media, of religious groups and of political opponents. Eritrea does not have a functional constitution, it had a policy of indefinite national service – which reports indicate could be scrapped soon.</p> <a href="http://www.africanews.com/2017/10/17/eritrea-country-profile-historic-capital-powerful-leader-migration-headache/" target="_blank"> Read our country profile on Eritrea: Historic capital, powerful headache, migration, rights headache </a> 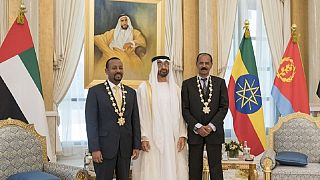 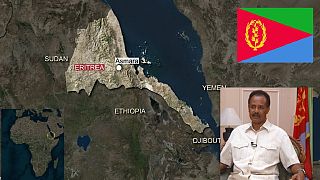