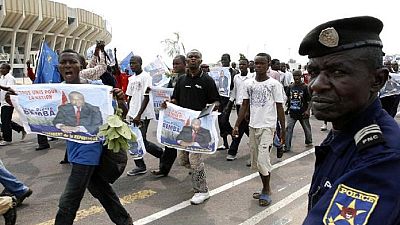 Considering that the opposition in DR Congo has agreed in principle to field a joint candidate, former vice president Jean-Pierre Bemba said he believed he would be the best candidate in December’s presidential election but that he was open to supporting another candidate.

In his first in-depth public remarks since being acquitted in May on appeal for war crimes at The Hague, Bemba told a news conference in Brussels that standing for president was not an obsession but touted his experience and leadership qualities.

Candidate registration opened on Wednesday. President Joseph Kabila, who has governed since 2001, is barred by term limits from running but has refused to commit publicly to not standing.

That and rising militia violence in Democratic Republic of Congo’s eastern borderlands have raised fears the country could be dragged back to the civil wars of the turn of the century that killed millions, most from hunger and disease.

Kabila’s opponents have struggled to coalesce behind a single standard bearer for the election and Bemba’s release from prison and planned return to Congo next week have further muddied the waters.

Asked why he should be the sole opposition candidate, Bemba cited his “experience, management of men, management of security, of the army and also of economic development”.

“It is not an obsession. It is so that we, the opposition, can win and do everything so that a candidate from the opposition can win by presenting a programme that is credible for the population.”

Bemba, who is popular in western Congo, finished runner-up to Kabila in the 2006 election, which touched off days of combat in the capital Kinshasa between militia fighters loyal to him and state troops.

He was arrested in Europe in 2008 and charged with responsibility for murder, rape and pillage committed by fighters he sent to Central African Republic in 2002 to back then-president Ange-Felix Patasse.

The International Criminal Court convicted him in 2016 but an appeals court then ruled in May that he could not be held personally responsible for his fighters’ actions.

Bemba said he would meet with opposition leaders upon arriving in Kinshasa on Aug. 1. Besides Bemba, opposition leaders Moise Katumbi, Felix Tshisekedi, Martin Fayulu and Vital Kamerhe have been nominated by their parties to run for president.