Is Zuma sponsoring a new 'black only' political party in South Africa? 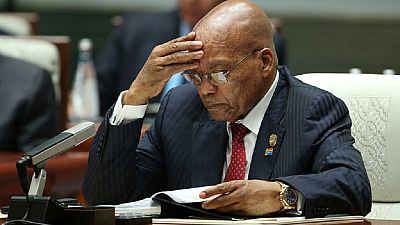 A new political party in South Africa has claims to represent the interests of black people, has distanced itself from defended itself from association with the country’s former president, Jacob Zuma.

The Mazibuye African Congress, formed in May in Zuma’s home province of KwaZulu-Natal, insists that Zuma is not a member of their party but “a total embodiment of a struggle of a black child in South Africa”.

The president of the party, however clarified that the party consulted Zuma this year during the process of forming the party.

We really don't want to have white people in our organisation at this present moment because we believe that the challenges faced by native indigenous people are unique to them.

“We consulted Msholozi (Zuma’s clan name) as a stalwart, a former freedom fighter and the ex-president of the land – not as a member of the ANC. His advice was solely along those lines to groom us as children,’‘ Ngcobo said.

Ngcobo added that they had met Zuma three times since May.

“We owe him nothing and he owes us nothing, but we believe that he is a total embodiment of a struggle of a black child in South Africa. He is one of the icons we are looking up to, but he is not a member of the Mazibuye African Congress.”

Zuma’s relationship with the ruling Africa National Congress (ANC) has been threatened by the legal battles that the former president içs facing.

In June, Zuma told his supporters gathered outside a court in KwaZulu-Natal that corruption charges against him should be dropped, a move that was perceived as an attempt to galvanise his support base against the ANC.

The party has also had to defend itself against racist accusations, after they decided to exclude other races from membership.

Ngcobo says this condition is not permament and was taken because the party wants to focus on restoring ideals of African people.

“We really don’t want to have white people in our organisation at this present moment because we believe that the challenges faced by native indigenous people are unique to them.”

Ngcobo says that once they have established their party’s identity and based on African indigenous systems they will open their membership up to all interested South Africans.

Ngcobo who claims to have participated in the formation of several political parties including the ANC and the Economic Freedom Fighters (EFF), says his party will solve issues that affect black people like the issue of land distribution.

“We are seeing some who have existed for 106 years, but have failed to sort out the land issue, now coming back to the community to ask if we want the land while they were formed to bring back the land,’‘ he said.