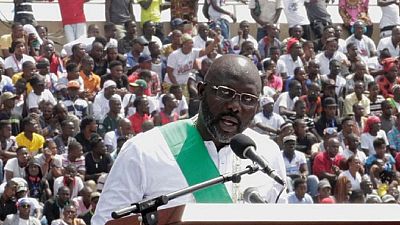 Liberian President George Weah plans to inject up to $25 million into the forex market, in a bid to bring more local cash into the formal banking system. The president also said on Monday that he would take concrete measures to tackle rampant inflation and poverty.

“I am fully aware of the negative impact of the declining exchange rate on the economic well-being of the Liberian people, and the serious hardship that this is beginning to cause,” Weah said in an address to the nation.

“We believe a more aggressive enforcement of monetary policy should go a long way to … address the problem,” including giving the central bank stronger powers to regulate money changers and banks, he said.

The negative impact on real estate, and inflows into the economy of the U.S. dollars spent by the former peacekeepers, is significant.

Weah said the injection of dollars would help mop up some excess Liberian dollars, adding that 90 percent of local cash in circulation was being held outside the formal banking system, where there was no oversight.

A former soccer World Player of the Year, Weah took office at the start of 2018 on a promise to stamp out corruption and end economic misery for millions of Liberians.

Civil wars in the small West African country killed hundreds of thousands of people between 1989-2003. As its economy was recovering, it was hit by falls in prices of its main exports, iron ore and rubber, and an Ebola outbreak from 2014 to 2016.

But the collapse in the currency since then has hit Liberians particularly hard, sparking protests by students.

Weah said the Liberian dollar had declined 25 percent over 2017 and a further 25 percent since January, blaming in part the end of Liberia’s U.N. peacekeeping mission in March, which had cut inflows of hard currency.

“The negative impact on real estate, and inflows into the economy of the U.S. dollars spent by the former peacekeepers, is significant,” he said. Longer term, he said Liberia was set to “embark upon a major push to ensure (it) …becomes more competitive in terms of domestic production,” details of which would be unveiled shortly. 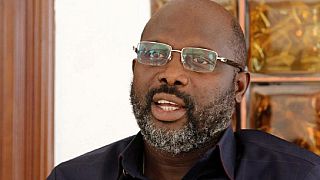