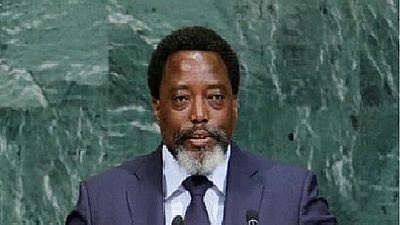 The United States has linked increased U.S. investment in the Democratic Republic of Congo to a transparent and fair general election in December, a special envoy for Congolese President Joseph Kabila said.

Envoy Raymond Tshibanda told Reuters in Washington this week that in talks he had emphasized Congo’s vast mineral wealth and need for security cooperation to tackle violence in the east of the country.

“They have been tying it to elections,” Tshibanda said of discussions on trade and investment with U.S. officials. “Their point is well taken in as much as we don’t need any pressure to organize elections. It’s a decision we made for ourselves.”

Credible elections in December are crucial for securing a more peaceful and prosperous future for both the DRC and central African region.

U.S. officials have long called on Kabila to ensure a smooth transfer of power through elections. However, tensions have increased over repeated election delays since Kabila’s mandate ended in 2016. Kabila has been in power since 2001.

“Elections are going to take place and they will be free and fair,” Tshibanda said. “We will prove them (critics) wrong.”

Kabila intended to step down after the Dec. 23 vote, Tshibanda said.

Term limits prevent Kabila from running, but he has not ruled out standing again, creating suspense about what could be the country’s first democratic transition of power.

Political stability and a conducive investment climate were key to U.S. investors, a State Department official said, but decisions to invest were made by private companies and not the U.S. government.

“Credible elections in December are crucial for securing a more peaceful and prosperous future for both the DRC and central African region,” said the U.S. official, who spoke on condition of anonymity.

The official acknowledged progress had been made by the government and electoral oversight commission. The registration of presidential candidates next month was an important benchmark and that a Kabila candidacy would be inconsistent “with a credible electoral process and democratic transfer of power,” the official said.