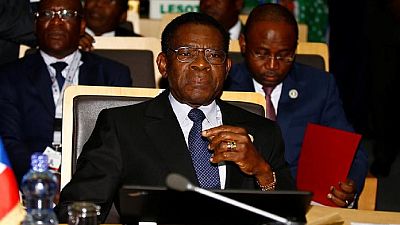 Civil servants in Equatorial Guinea have been banned from making foreign trips without authorisation from Vice President Teodorin Nguema Obiang, several of them said on Tuesday.

The reason for the ban has not been spelt out, although it comes on the heels of a crackdown following an attempted coup last December.

“I couldn’t travel without this authorisation, I didn’t know. At the airport, they told me civil servants needed one,” Juan Mbo, an official at the National Institute of Social Security, said, giving an account that was confirmed by other state employees.

All authorisations for travel that have been approved for members of government, senior officials and general civil servants and which have yet to be used must be returned... (for) confirmation.

Obiang, who is also in charge of defence and security, sent a note dated June 13 to the prime minister and minister of national security.

“All authorisations for travel that have been approved for members of government, senior officials and general civil servants and which have yet to be used must be returned… (for) confirmation” by the vice presidency, it said.

It also asks for the note to distributed to all ministries, police stations, airports and ports.
The measure applies both to official and personal travel.

Concurring sources say the move is linked to an attempted coup that took place in December, the details of which were announced by the Equatorial Guinean government in January.

The authorities say the operation involved a group of men from Chad, the Central African Republic (CAR) and Sudan, but some of the ringleaders were civil servants who had travelled to Europe in late 2017.

Teodorin Nguema Obiang is the son of Teodoro Obiang Nguema, who has ruled the small, oil-rich state with an iron fist since August 1979.

He has since seen off at least half a dozen assassination or coup attempts. He won a fifth seven-year term in 2016 with nearly 94 percent of votes.

The failed coup was followed by the arrests of scores of opposition activists and the banning of their party, the Citizens for Innovation (CI), purportedly over scuffles that took place before legislative elections last November.

Dozens were tortured, according to the CI, which says two died in custody. In February, 21 CI members including the party’s only MP, were sentenced to 30 years in prison for “sedition, public disorder, attacks on authority and serious bodily harm.”

He was found to have embezzled 150 million euros to fund his lavish lifestyle, which included a six-storey mansion on the upscale Avenue Foch in Paris.