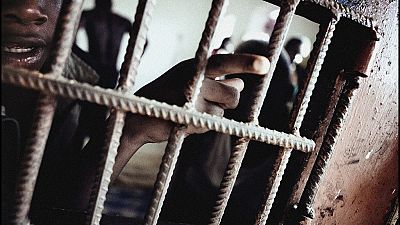 The scheme which aims to set up a cybernet where national police forces will pool information on wanted individuals, criminal records, illegal weapons, and stolen cars and documents brings together 15 members of the Economic Community of West African States (ECOWAS) plus Mauritania.

Known as WAPIS — the West Africa Police Information System — the EU-funded scheme has been in gestation for several years and will ultimately be hooked up to Interpol’s global criminal databases.

It will be “crucial to effectively combating transnational organised crime and terrorism”, according to the international police agency.

He put regional criminal turnover at “more than $3 billion (2.58 billion euros) annually,” added to which is maritime piracy in the Gulf of Guinea, estimated to have cost coastal states around $800 million last year.

The WAPIS scheme was officially launched to much pomp on Tuesday in Abidjan, Ivory Coast’s economic hub, in a ceremony gathering security ministers, police chiefs and national security heads from across this vast, complex and varied region.

Defenders of WAPIS say the scheme will be a boon for police forces battling an escalating wave of crime in West Africa, where criminals and terrorists find an easy place to hide in the cracks between different jurisdictions.

“It will be a key solution for strengthening security in the region,” predicted Ivorian Interior Minister Sidiki Diakite.

“Cross-border crime is continually rising,” said Francis Behanzin, a general from Benin who is an ECOWAS commissioner in charge of political affairs and security.

“Organised crime has colossal means at its disposal, as well as determination — sometimes it is better organised than states themselves,” he told journalists.

However, the rollout of the WAPIS programme shows just how badly states are struggling to keep up.

It was first introduced as a pilot scheme in 2012 in Benin, Ghana, Mali and Niger — Tuesday’s launch marks the next phase in which it will be extended to the 12 other partners over the next four years, starting with Burkina Faso, Chad, Ivory Coast and Mauritania.

The first step will be to computerise police records: most of them, in 2018, are still on paper, a presentation document revealed.

Cross-border crime-busting projects in West Africa have a long history, dating back more than 20 years, but they have had only faltering progress.

In 2005, ECOWAS leaders agreed a deal to create an “Office for Information and Criminal Investigation” — a WAPIS forerunner for data sharing — but the protocol was never ratified, Behanzin said.

Before this week’s Abidjan meeting, national police and security chiefs had not met for four years, he said.

“The security services in the countries of West Africa do not cooperate enough,” he said, describing their relationship as marked by “competition”.

Jean-Francois Valette, the EU’s envoy to Ivory Coast, said that cooperation was a learning process, for national police forces had a “natural reflex to keep information to themselves”.

“It’s a programme that’s positive for the region and for us too,” Valette said, pointing out how Europe suffers many consequences of the crime wave in West Africa, in such forms as drug trafficking, illegal migrants and terrorism.

The security services in West Africa “lack professionalism and operational capacity”, said Paul Koalaga, a Burkinabe professor of geopolitics who is also a security consultant.

“They are more interested in protecting leaders and spying on rivals” than fighting trans-border crime, he said. “Corruption within the security services sometimes reaches the top levels, who benefit from trafficking.”