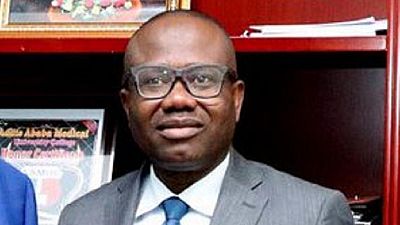 Ghana’s football association (GFA) has pledged that it will not attempt to cover up or shield any of its members implicated in alleged acts of corruption.

The association was replying to the much anticipated, public screening of a documentary that promised to expose officials including referees and top executives demanding kickbacks and taking bribes.

GFA however says it is working with global football governing body, FIFA to implement a national integrity initiative that will fight the vice of match manipulation. The association says it was alerted about the possibility of matchfixing in Ghana eight months ago.

Revelations from the documentary

The two-hour documentary, “*When Greed and Corruption Become the Norm*”, is the work of undercover journalist Anas Aremeyaw Anas and Wednesday’s public viewing was the first since it was released to the authorities last month.

The Ghana Football Association however says it was not given an opportunity to watch the documentary and request the Tiger Eye PI team that produced it to furnish them with recorded material from the documentary.

In the documentary, Kwesi Nyantakyi, the FA boss and a member of the FIFA Council, was seen in a hotel room taking a $65,000 bribe from a supposed businessman seeking to sponsor the Ghanaian football league for up to $15 million over three years.

The video also showed Nyantakyi offering to facilitate the award of key government contracts to the businessman on conditions that he paid kickbacks totaling $12 million through him to top officials including President Nana Akufo-Addo.

The football association issued a statement last month backing their president and saying he was innocent until proven guilty.

“I am yet to recover from the shock. It’s a sad day for Ghana football and I believe there’s an urgent need to clean up our football administration,” 42-year old soccer enthusiast Michael Blagogee told Reuters as he exited the auditorium holding his head.

GFA pledged to conduct a thorough review of its operations in order to deal with the alleged acts of corruption in the game. 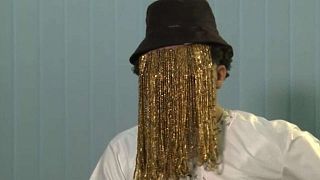 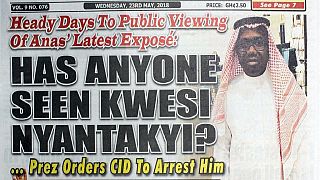 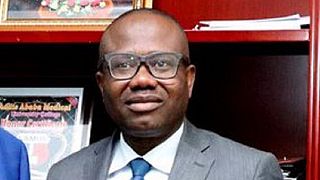 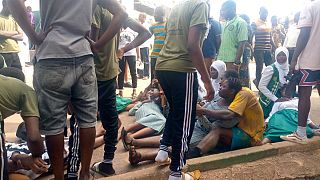