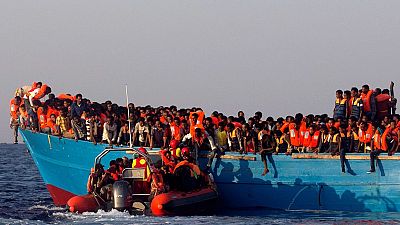 <p>Tunisia stopped about 6,000 migrants leaving its coast for Europe in the first five months of the year – a sharp increase from the few hundred prevented in the same period last year, an interior ministry official has disclosed.</p> <p>Human traffickers have increasingly moved operations to Tunisia since a crackdown by the coastguard in neighbouring Libya.</p> <p>Scores of migrants died when the boat carrying them sank on Sunday in the worst such incident off Tunisia’s coast. The official said the death toll has now risen to 68.</p> <p>“Since January 1 to the end of May 2018 we arrested about 6,000 migrants at our coasts compared to just a few hundred arrested in the same period last year,” the official said, asking not to be named.</p> <p>Numbers are usually particularly low during the winter months when sea conditions are tougher.</p> <p>Most of the people on board that sank on Sunday were Tunisians trying to escape unemployment and an economic crisis that has gripped the North African country since the toppling of autocrat Zine El-Abidine Ben Ali in 2011.</p> <p>Prime Minister Youssef Chahed fired ten security officials for failing to stop the boat leaving, an official said.</p> <p>Survivors said the captain had abandoned the boat after it started sinking to escape arrest by the coastguard while some migrants were trying to call authorities.</p> <p>This year up to May 2, a total of 1,910 Tunisian migrants reached Italy, including 39 women and 307 minors – 293 of whom were unaccompanied – compared to only 231 for the same period in 2017, according to the U.N. migrant agency <span class="caps">IOM</span>.</p> <p>Overall, the number of migrants reaching Italy has fallen sharply since last July, when a major smuggling group in the Libyan coastal city of Sabratha struck a deal to halt departures under Italian pressure and was then forced out in clashes.</p> <p>Libya’s EU-backed coastguard has also returned more migrants to Libya after intercepting them at sea.</p>

Since January 1 to the end of May 2018 we arrested about 6,000 migrants at our coasts compared to just a few hundred arrested in the same period last year.