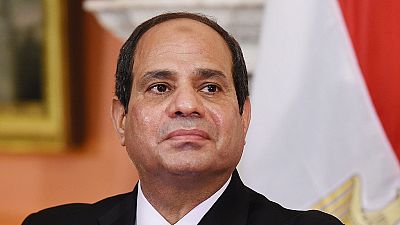 An Egyptian prosecutor ordered the detention of a Lebanese woman who posted a video on her Facebook page describing an incident of sexual harassment in Egypt, charging her with insulting Egyptians, state news agency MENA reported on Saturday.

Mona el-Mazboh has been held since Thursday when she was arrested at Cairo airport at the end of her stay in Egypt after her outspoken video went viral on social media, security sources said. The prosecutor’s detention order was for four days.

Reuters could not reach Mazboh for comment or immediately verify the authenticity of the 10-minute video, in which she calls Egypt a “son of a bitch country.”

You deserve what Sisi is doing to you, I hope God sends you someone more oppressive than Sisi.

Referring to Abdel Fattah al-Sisi, who was sworn in for a second term as president on Saturday, she says: “You deserve what Sisi is doing to you, I hope God sends you someone more oppressive than Sisi.”

Sisi, who was elected by a landslide in a March election in which all serious opponents had withdrawn, has overseen a crackdown on political opponents.

Last month, Egyptian police detained Amal Fathy, an activist, after she posted a video on social media criticising the government for failing to protect women against sexual harassment and over worsening living conditions.

Fathy is being questioned on charges of incitement to overthrow the ruling system, publishing lies and misusing social media.