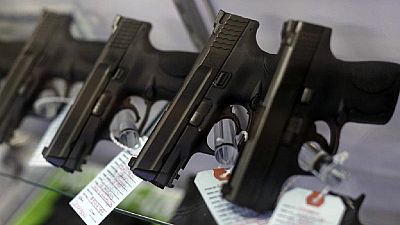 Lawmakers in Rwanda have passed a new legislation on gun acquisition. The new law will allow individuals to apply for licenses to possess guns and for traders to also sell same.

The government has defended the move in part, stating that it was keeping with the times and that the sector was going to be tightly regulated. The legislation is set to replace a 2009 law that restricted arms possession and sale.

The New Times portal quoted the State Minister for Constitutional and Legal Affairs, Evode Uwizeyimana, as saying: “Even if it’s allowed to possess arms, we aren’t going to distribute them like voting cards,” he said.

“We are a country that is fast developing and instead of limiting different things we should move to regulate them,” he added.

Details about the law

1 – Arms are defined as firearms and their ammunition, grenade and other explosives used as arms as well as nuclear, biological, chemical or toxic weapons.

2 – The law allows civilians to possess firearms for hunting, sports, or for self-defence purposes if they meet the conditions described in the law.

3 – The law specifies that the Rwanda National Police authorities, who will be responsible for issuing gun possession licences, may refuse to grant firearm possession and carriage licence at their own discretion.

4 – For a person to be authorised to sell arms, the bill stipulates, they shall submit a request letter to the Minister in charge of the Rwanda National Police and attach copies of their identity card or passport, shall be people of integrity, and be at least 21 years old.

5 – Those wishing to sell arms will not have been sentenced to a term of imprisonment equal to or exceeding six months, shall show a safe place where to keep the arms, shall produce a legal commercial registration, and shall commit to not collaborate with terrorist organisations or individual terrorists.

6 – The Cabinet will also have to authorise individuals before they can start selling arms in the country.

But a Twitter poll of May 28 by the New Times portal showed that citizens had reservations on the new law. An overwhelming 84% voted against the move.

Most of them stressed that the country’s current security situation was sufficient enough and did not require people owning and selling guns.

Some also look back to the country’s past and the role of arms in perpertuating the Rwandan genocide that led to death of thousands.

POLL: A draft law on ownership and sale of firearms is being debated in parliament. ?? https://t.co/RlwY7Bn2ek

Do you think civilians should own fire-arms?#Rwanda