Real Madrid head into Saturday’s Champions League final as defending champions and seeking their fourth European title in five years but opponents Liverpool give no indication of fearing Zinedine Zidane’s side.

A third straight win for Real would be unprecedented in the Champions League era but despite the Spaniards’ rich experience, Juergen Klopp’s team are certainly not lacking in self-belief.

“I’m pretty sure I was much more excited that time (in 2013 when Juergen Klopp’s Borussia Dortmund lost to Bayern Munich in the Champions League final), that’s how it always was in my life. I never expected that these kinds of good things will happen to me. Not that I think a lot of good things happen to me, but going to a Champions League final as a manager is pretty difficult to do. And so it’s maybe a once-in-a-lifetime chance and that’s how I remember it and that’s how it felt that time (in 2013). But we played a fantastic game against an unbelievably strong side and after the game I knew that I want to have this opportunity again. It took a while, but now I’m here because my boys gave me that chance again and I’m really happy being here with this group of players. They fought so unbelievably hard for this and I really think they deserve it to be here and it feels good. I’m really proud of them already and now let’s play football”, Klopp said.

I'm longer at Liverpool than he's manager at Real Madrid and he can win third time the Champions League - that never happened before in a manager's career so either way he has any deal with anybody or he's really brilliant and I, unfortunately, have to expect that he's brilliant, like he was as a player and this group

The ever-jovial German coach’s news conference was peppered with outbursts of laughter and he smiled at the suggestion that Zidane lacks tactical nous.

“If a lot of people think that Zinedine Zidane does not have a lot of knowledge of tactical things then – because a lot of people think the same about me – that would be really funny if the two coaches in the final have no clue about tactics (LAUGHTER). What would that say about the game, huh? So, Zinedine Zidane, I’ve said it before, was, for me, one of the best five players of all time in football and now for two-and-a-half years or so he has… I’m longer at Liverpool than he’s manager at Real Madrid and he can win third time the Champions League – that never happened before in a manager’s career so either way he has any deal with anybody or he’s really brilliant and I, unfortunately, have to expect that he’s brilliant, like he was as a player and this group of players together with him obviously work like a clock from Switzerland”, he added.

Klopp also believes forward Mohamed Salah will be at peak fitness regardless of whether or not he is observing the fasting rules of Ramadan.

The question of whether devout Muslim Salah has chosen to fast in the build-up to the encounter with Real Madrid in Kiev has attracted a lot of media interest.

“Question number one: religion is private how I understand it. So, nothing to say about that, but [it’s] all fine. You will see him out there and afterwards in training. He’s full of power and whatever you need to be the day before a final or before a football game in general. The other thing is if he can do what? Break in between (Lionel) Messi and (Cristiano) Ronaldo? It’s not important at the moment and no manager is interested in that. I’m interested in performing. Lionel Messi and Cristiano Ronaldo deserve all the praise, all the things they’ve won in the past because they were constantly over years on that level. Now they’re 30-something, still in fantastic shape, both still scoring an unbelievable numbers of goals and now everybody’s waiting for the next one. If Mo can go there we will see in the next years. He has fantastic potential and this season was exceptional – unbelievable – so far. One more game to go, but the season was still outstanding. The next few years will show if he can do something similar, but it’s not that easy because otherwise a lot more players would have done it. These two are the most consistent players on the highest level in the last 10 years, maybe longer – 12, 13 years – and that makes them really special, but Mo had a good start and we’ll see what will happen in the next few years”, the German coach said.

Liverpool’s physiotherapist Ruben Pons told Spanish radio station Onda Cero that Egypt forward Salah had been observing Ramadan during the team’s recent training camp in Marbella but had chosen to interrupt his fasting three days before the final.

The Egyptian broke the Premier League scoring record for a 38-game season with 32 league goals this campaign and has also netted 10 times in the Champions League. 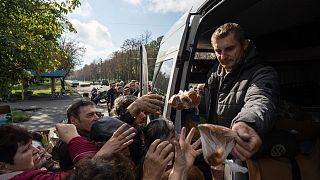 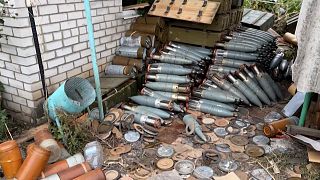