Kenya issues 60 day ultimatum to expatriates: 'Get valid permits or be deported' 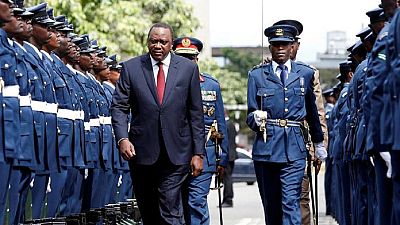 Expatriates working in Kenya have been given 60 days to regularise their status with the authorities as the government intensifies a crackdown on illegal foreign workers in the country.

The interior minister, Fred Matiang’i said the government is determined to weed out undocumented foreigners because they are a security threat and deny the government tax revenue in addition to cheating Kenyans of job opportunities.

“The verification exercise, which will be ongoing for the next 60 days, shall be used to rid the country of illegal and undocumented workers by according them an opportunity to standardize their papers. Those who fail to do so within this period will be jailed,” said Matiang’i.

The verification exercise, which will be ongoing for the next 60 days, shall be used to rid the country of illegal and undocumented workers by according them an opportunity to standardize their papers.

The government says it has records of only 34,000 work permits yet there are more than 100,000 foreigners in the country.

“We want, for the first time, to come up with clean, new and searchable effective digital registers of those who have work permits in the county,” Matiang’i added.

The department of immigration services which began the exercise on Monday will be issuing foreign workers with electronic work permits in a bid to improve efficiency and reduce paperwork.

Police officers are to be issued with gadgets that can confirm the authenticity of the electronic cards.

After the 2 months window, foreigners who will not have obtained valid work permits will be deported.

Matiang’i who was opening the work permit and passport control sections in Nairobi, also mentioned that government is working on a proposed law that will see deportees cater for their own expenses.

According to Matiang’i, the government of Kenya spends Kshs 360 million ($3.6m) on air tickets every year to deport foreigners.