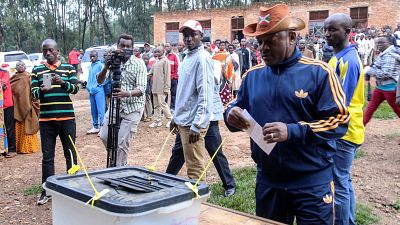 Opposition groups in Burundi say Thursday’s referendum on extending the president’s power was undemocratic as the country awaits the electoral commission’s announcement of the results, an AP report says.

Opposition leader Agathon Rwasa says in a statement there was proof of intimidation, arrests of perceived opponents and threats of assassination against those who voted against changing the constitution, AP further reports.

Vote-counting started Friday in the referendum on changes that could extend President Pierre Nkurunziza’s rule until 2034. Nkurunziza had campaigned forcefully for the changes that include extending the president’s term from five years to seven.

It is not clear when results will be released.

Five million Burundians were registered to vote in the referendum that raised concerns about further bloodshed in the East African country that has seen deadly political violence since 2015.