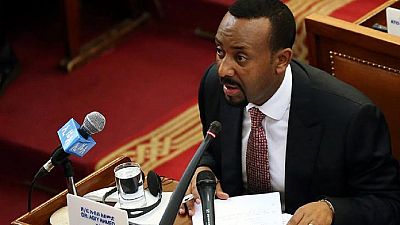 <p>The recent regional tour by the Ethiopian prime minister is beginning to bear fruit as the allies he met implement some of the agreed proposals.</p> <p>Dr. Abiy Ahmed who became prime minister on April 2, visited Djibouti, Sudan and Kenya where he signed agreements to obtain stakes in different ports and also secured releases of Ethiopians held in the prisons of these countries.</p> <p>On Thursday, Sudan released 1,400 prisoners while 1,600 prisoners were repeatedly released from Kenyan prisons.</p> <blockquote class="twitter-tweet" data-partner="tweetdeck"><p lang="en" dir="ltr"><a href="https://twitter.com/hashtag/Ethiopia?src=hash&ref_src=twsrc%5Etfw">#Ethiopia</a>: The first picture of part of the 1, 400 <a href="https://twitter.com/hashtag/Ethiopians?src=hash&ref_src=twsrc%5Etfw">#Ethiopians</a> who were released from prison(s) in <a href="https://twitter.com/hashtag/Sudan?src=hash&ref_src=twsrc%5Etfw">#Sudan</a> <a href="https://t.co/k6G1Gwdoy3">https://t.co/k6G1Gwdoy3</a> <a href="https://t.co/219Z8Kd2vP">pic.twitter.com/219Z8Kd2vP</a></p>— Addis Standard (@addisstandard) <a href="https://twitter.com/addisstandard/status/994832442400956416?ref_src=twsrc%5Etfw">May 11, 2018</a></blockquote> <script async src="https://platform.twitter.com/widgets.js" charset="utf-8"></script> <h3>Ethiopia’s Attorney General drops 62 cases</h3> <p>Meanwhile, on Friday, Ethiopia’s attorney general dropped charges against 62 individuals including Swedish cardiologist Dr. Fikru Maru who is accused of having organised and directed a mutiny by his fellow inmates.</p> <p>The charges dropped included arson and mutiny of prisoners while cases of four suspects charged with manslaughter will proceed with the due process of law.</p> <p>The charges relate to a fire that gutted the Qilinto prison, on the outskirts of the capital Addis Ababa in October 2016.</p> <p>Qilinto priso, which is a remand prison was where government held several protesters from the Oromia region. The current prime minister is from the Oromia region which has the largest ethnic group.</p> <p>It was suspected that the fire was started deliberately as apart of an attempted jailbreak.</p> <p>At least 23 inmates died from the subsequent chaos, with government explaining the deaths as caused by suffocation and stampede while some accounts claimed the prisoners were shot by prison wardens.</p>