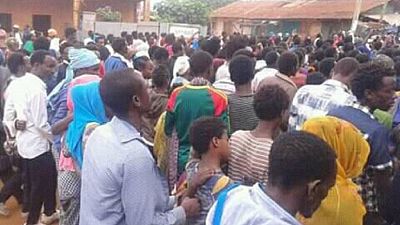 The Ethiopian government through the sector ministry has suspended the mining license of top gold mining firm, Mohammed International Development Research and Organization Cos., MICROC.

The Ministry confirmed that its action was connected to protest by residents of the Oromia region’s Guji zone, who had for weeks now protested against the activities of MIDROC vis-a-vis the environmental impact and health implications of their operations in the area.

Citing Oromo activists operating in the United States, a news portal following the protests said people in the town of Shakiso had cut off power and water supply to the mine at the height of their protests.

The federal government in late April approved a license renewal for MIDROC to continue operations at a site near the town of Shakiso and the Lega Dembi river. It was that renewal that birthed the protests.

The Ministry through Bacha Faji, public relations and communications director said an independent body will be tasked to do an impact assessment of MIDROC’s operations.

Without specifying how long the assessment was going to take, the official said it will be based on its outcome that government will make its next move on the issue.

The company which has operated in the area since the late 1990s is owned by Ethiopian-born businessman Sheikh Mohammed Al Amoudi who is detained by Saudi Arabia in an anti-corruption clampdown.

Al Amoudi has substantial business interests in Ethiopia and is one of the continent’s richest men. Local authorities have said the matter is beyond them and asked the Oromia and the federal government to intervene in the crisis.