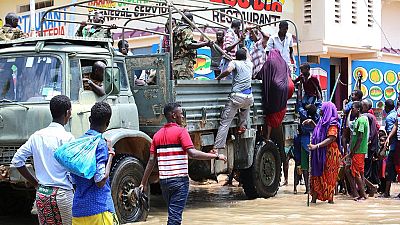 <p>Central Somalia has experienced heavy rains which have flooded parts of the country. The resultant effect has been the displacement of thousands. The United Nations estimates that almost half a million people are affected.</p> <p>Whiles the Federal Government and other allies continue to work around containing the situation, the African Union Mission in Somalia (<span class="caps">AMISOM</span>) is contributing its fair share to alleviating the humanitarian situation.</p> <p>According to <span class="caps">AMISOM</span>’s Sector 4 Commander Colonel Mohamed Barkhad Aden, troops from Ethiopia and Djibouti had evacuated some 10,000 people from flooded areas in Beledweyne located in Central Somalia.</p> <p>An influential journalist who extensively covers the country, Harun Maruf, reported as at Tuesday evening that thousands of people displaced by the floods in Beledweyne were stranded. He added that aid groups were doing an assessment of the situation which started days ago.</p> <p>He, however, stressed that the need on the ground was way beyond the capacity of his troops. He was speaking to the Voice of America’s Somali service.</p> <blockquote class="twitter-tweet" data-lang="en"><p lang="en" dir="ltr">On visit to <a href="https://twitter.com/hashtag/BeletWeyne?src=hash&ref_src=twsrc%5Etfw">#BeletWeyne</a>, <a href="https://twitter.com/hashtag/Somalia?src=hash&ref_src=twsrc%5Etfw">#Somalia</a>’s President <a href="https://twitter.com/M_Farmaajo?ref_src=twsrc%5Etfw"><code>M_Farmaajo</a> appealed to both international & <a href="https://twitter.com/hashtag/Somali?src=hash&ref_src=twsrc%5Etfw">#Somali</a> diaspora communities to help support those effected by the floods. The President assured that action was being taken to address the <a href="https://twitter.com/hashtag/humanitarian?src=hash&ref_src=twsrc%5Etfw">#humanitarian</a> crisis. <a href="https://t.co/zJBwZcJtgS">https://t.co/zJBwZcJtgS</a> <a href="https://t.co/kGc6orxx86">pic.twitter.com/kGc6orxx86</a></p>&mdash; UNSOM (</code>UNSomalia) <a href="https://twitter.com/UNSomalia/status/991204775130816512?ref_src=twsrc%5Etfw">May 1, 2018</a></blockquote> <script async src="https://platform.twitter.com/widgets.js" charset="utf-8"></script> <p>According to the UN Food and Agriculture Organization (<span class="caps">FAO</span>), the current floods are some of the worst the region has ever seen, and the current water level exceeds a 50-year return period in most locations.</p> <p>“Internally displaced people remain the most vulnerable to the impact of the flooding with many camps located in low-lying areas,” Stéphane Dujarric, the spokesperson for the UN Secretary-General said, briefing reporters in New York on Monday.</p> <p>“Humanitarian partners on the ground have prioritized water, sanitation, hygiene, [health,] shelter and food response in their interventions,” he added.</p> <p>The heavy rains and flash floods come only months after a devastating drought left over six million people in need of humanitarian assistance last year.</p> 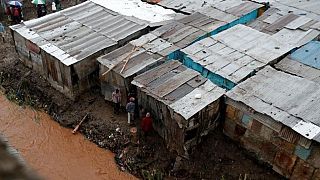 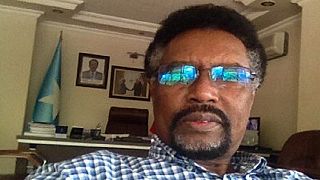 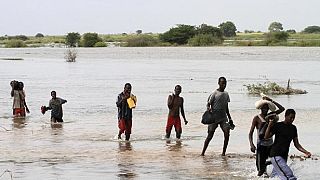