Ethiopia not ready for foreign investment in telecoms, banking: president 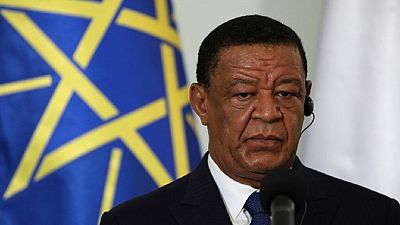 Ethiopia is not yet ready for foreign investments in its telecoms and banking sectors, but is interested in developing its manufacturing, Ethiopian President Mulatu Teshome Wirtu said on Tuesday.

“Ethiopia is not ready yet for accepting investments in telecoms and finance,” Mulatu said during a joint news conference with his Polish counterpart Andrzej Duda.

The country, which has one of the last state telecoms monopolies on the continent, has let foreign companies including fashion chain H&M set up factories in a decade-long push to change the economic focus from agriculture to manufacturing.

Yes to political reforms, No to economic reforms

The business community in Ethiopia, which was addressed by the new prime minister Abiy Ahmed last week, has expressed disappointment at the state’s insistence to remain in business.

Abiy took office on April and has promised political reforms, but many also hope for economic reforms.

“It’s frustrating to see that for all Abiy’s intentions to bring about changes in politics, that is not translating into the economic sector,” said Tsedale Lemma, the editor of the Addis Standard news website.

Analysts say the government must free up the economy further to sustain annual growth rates it estimates averaged nearly 10 percent in the past decade and to create jobs.

Anger over high unemployment fuelled violence over ethnic tensions that led to the resignation of Abiy’s predecessor Hailemariam Desalegn in February.

But those at the speech said Abiy did not outline plans to open up new sectors, a move which could also ease a shortage of foreign exchange. Instead, he said state spending on infrastructure, which has crowded out local companies, would continue.

Abiy also told the business community that the foreign exchange shortage that has plagued the country will last for years and more cooperation with the private sector is essential to solve it.

The International Monetary Fund said foreign reserves at the end of the 2016/17 fiscal year stood at $3.2 billion, less than the cost of two months of imports. The government does not regularly release foreign reserves figures.