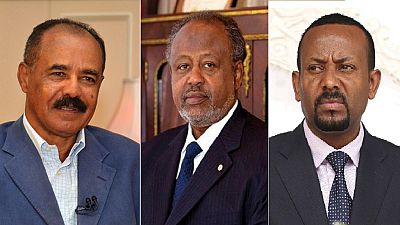 <p>The United States Department of State on Saturday announced that a top official on African Affairs was due to tour three East African countries between April 22 – April 26.</p> <p>Principal Deputy Assistant Secretary for African Affairs Ambassador Donald Y. Yamamoto will start off his tour in Eritrea, head to Djibouti and round off his activities in Ethiopia. </p> <p>He arrives in Eritrea today (April 22) with the three-day working tour according to the Department of State centering on “bilateral consultations with Eritrean government officials, to meet with the diplomatic community, and to visit the Embassy’s staff based in Asmara.</p> <p>“He will then lead the U.S. delegation to the U.S.-Djibouti Binational Forum April 24-25 in Djibouti, our annual dialogue on matters of political, economic, assistance, and security cooperation,” the statement added.</p> <p>Ambassador Yamamoto’s last stop will be in Ethiopia on April 26 where he is expected to meet with Ethiopian government officials to discuss shared interests and concerns. </p> <p>The Horn of Africa region has been one that has continually engaged the attention of the United States. Its relation with Ethiopia has largely been premised on anti-terrorism combat and need for democratic reforms.</p> <p>Eritrea, meanwhile, continues to slam the United Nationa Security Council and the United States in particular for the refusal to lift sanctions on Asmara over their purported support for Somalia insurgent group, Al Shabaab.</p> <p>Djibouti on the other hand is seen as a key security ally of the West and other Asian giants, hosting a number of military bases. The U.S. also maintains special interest in Somalia where they continue to carry out air strikes against Al-Shabaab.</p>