<p>The speaker of Somalia’s parliament, Mohamed Sheikh Osman Jawari, has resigned ahead of a confidence motion against him, a lawmaker said, ending weeks of political tension.</p> <p>“We were in the parliament house this morning ready for the motion against the speaker. Then the deputy speaker came in and read a resignation letter from the speaker,” lawmaker Dahir Amin Jesow told Reuters.</p> <p>The Constitutional Affairs of Somalia, Abdirahman Hosh Jibril, tweeted the news.</p> <blockquote class="twitter-tweet" data-lang="fr"><p lang="en" dir="ltr">Breaking News: It is official that Speaker Jawari has resigned and the Motion has been put off. Whuuuuuf!!!. Mundane Jawari oo is casumay iyo mooshinkii oo la laalay. <a href="https://twitter.com/hashtag/IsooMareey?src=hash&ref_src=twsrc%5Etfw">#IsooMareey</a> <a href="https://twitter.com/hashtag/WhatIsMyName?src=hash&ref_src=twsrc%5Etfw">#WhatIsMyName</a>!!</p>— Abdi Hosh (@HoshAbdi) <a href="https://twitter.com/HoshAbdi/status/983210567056920576?ref_src=twsrc%5Etfw">9 avril 2018</a></blockquote> <script async src="https://platform.twitter.com/widgets.js" charset="utf-8"></script> <p>“We applauded and his resignation was accepted as per the constitution. That is the end of the political crisis.”</p> <p>Jawari had earlier defied calls to resign, saying ‘I do not work for them, <a href="http://www.africanews.com/2018/04/03/somalia-speaker-of-parliament-refuses-to-resign-amid-political-crisis/ "target="_blank">I am not going to resign’.</a> </p> <p>The crisis, which was fuelled by accusations of abuse of power and obstruction of constitutional reform against Jawari, put the executive and legislature at loggerheads for weeks. </p> <p>Jawari had held his position since August 2012 and has clashed with other lawmakers, including over a decision to withdraw an impeachment motion against the then president Hassan Sheikh Mohamud in 2015.</p> <p>Somalia has been in a state of lawlessness since the early 1990s, when dictator Mohammed Siad Barre was toppled by warlords.</p> <p>It has also had to contend with al Qaeda-linked al Shabaab which carries out frequent attacks in Mogadishu and other regions, in a campaign to topple the government.</p>

We applauded and his resignation was accepted as per the constitution. That is the end of the political crisis. 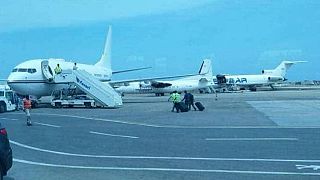 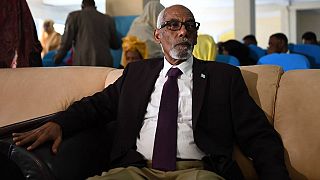 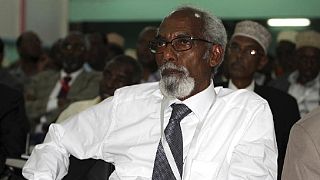