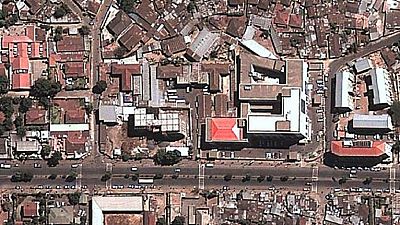 Ethiopia announced the closure of a notorious detention and investigation center, commonly known as Maekelawi, which is located in the capital Addis Ababa.

State-linked Fana Broadcasting reported that the last detainees in the center have been transferred to another correctional facility.

The closure was part of the commitment made by the ruling EPRDF coalition last December as it tried to end anti-government protests.

The prime minister at the time, Hailemariam Desalegn announced that the Maekelawi prison would be converted into a museum, and that a new center compliant with the national parliament’s guidelines on human rights and international standards would replace it.

The closure comes just days after Abiy Ahmed took over as Ethiopia’s new prime minister following the abrupt resignation of his predecessor.

In his inaugural speech, Abiy pledged to champion democratic reforms, a message that was well received by Ethiopians whose government has for a long time been accused of gross human rights violations.

Ethiopia is currently under a second state of emergency in just two years, imposed to quell nearly three years of anti-government protests.

Meanwhile, mobile internet services that had been blocked for months in many areas of Ethiopia outside the capital were restored on Friday.

The internet blockade had recently been extended to to include wifi connections in hotels and universities, which were not affected by previous shutdowns.

The areas that had been mostly affected by the internet blockade were Oromiya, Amhara and the Southern Nations, Nationalities, and Peoples’ Regions which have seen some of the biggest anti government protests.

The government has in the past shut down internet to to contain widespread protests that are partly organised online, arguing that opposition activists based in the diaspora incite violence and hate speech through popular social media platforms like Facebook, Twitter and WhatsApp.

Internet and telephone services are controlled by only one provider, state-owned Ethio Telecom.